So who is Ben? We have no idea. He wrote about one in 10 of the reviews for One4Review last year; Geoff did the rest. Occasionally there was also an Allan, but he didn’t bother with the comedy. I imagine them all living together in a caravan, huddled round the computer for warmth. I imagine Geoff forcing Ben and Allan to write reviews for him in return for cup-a-soup and firewood.

I groaned a bit at the non-information that Ian Smith he “is self-deprecating, ironic and easy going in his approach”, apparently with the result that “anecdotes to medical problems in the orifice area of the human body are very funny without getting the feeling he is going in that direction merely to get a cheap laugh”. Where is the orifice area’? Doesn’t the human head have five? Are you talking about the head, Ben? “Orifice area” indeed!

Ben is no wordsmith; he seems to choose pronouns, adverbs and articles more or less at random, and you have to feel for the sense of what went on rather than being painted any kind of picture.

Neither can Ben act as your eyes in another place: His review of James Acaster is much more cogent, but again his attempts to explain the conceits behind the jokes leave you wondering if you properly understood them, and concluding that you really had to be there.

The biggest clue to Ben’s character is in his review of Blofeld and Baxter – Memories of Test Match Special. He tells us: “Being of advanced years, I have listened to Test Match Special (TMS) for decades”. One wonders if this was the best person to send to see such striplings as James Acaster and Ian Smith, but then kudos to the dear chap for having a stonking time. He has truly earned the extra surname ‘Geoff’. Which I just gave him.

I don’t think Ben will ever be a professional reviewer, and I think he himself would baulk at the idea. I think he’s a fellow you might listen to if you’re also of advanced years, or you trust avuncular Fringe advice above that of the freesheet teen-swarm. 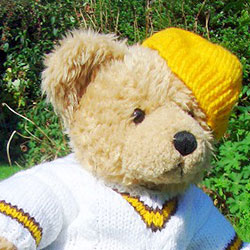