A Piggy Interview WithChris Turner (We’re Where We Were)

I hand out bananas at the start, and it gets much less avant-garde from that point on. I’d hate people to think that America has turned me into a combination of Andy Kaufman and Carrot Top.

There will be jokes that go over peoples’ heads, and freestyles that open their jaws — hopefully in wonder, rather than to yawn, or knock back popcorn.

It took place the day after Michael Jackson died — not that there was any correlation — and I opened by telling them that I wouldn’t tell any jokes on the subject, as all the other comics would be doing material about that. I then took my hand out of my pocket, and was wearing a white glove. I still remember that laugh, and the lacklustre quality of the jokes that followed.

I strawphonate! It’s a technique that relaxes the vocal chords and helps me keep my voice during the festival – with a small straw between your lips, blow through it while humming up and down a scale. I do three shows a day during the Fringe, and in the past have been reduced to a feeble, croaking mess, so without it I’d be done for.

It’s more of a favourite, rather than a ‘best’, but the Guardian wrote a piece a couple of years ago about rap at the fringe, where it all rhymed, and dedicated two whole verses to me, including the word ‘virtuoso’, so that’s very kind.

The worst was my first ever review, from when I was at university, and included the damning conclusion: “Turner should stick to poetry before he gets himself arrested”. I should clarify that I was an ‘award-winning’ poet at the time, and had started to tell very groanworthy jokes, rather than commit any actual crimes.

I always have done, and think it’s beneficial to the performance. I work really hard on my shows, and make sure I think they’re worth the money I’m charging, so if a reviewer thinks otherwise, it’s useful to have someone who (hopefully) knows what they’re talking about provide a critical assessment of the show’s, or my, flaws. I had a three star review last year that criticised an aspect of my performance and said ‘but for that, this is a four star show’, so I changed what I was doing, and the show was better for it. That doesn’t mean I didn’t curse their name when I was drunk, though.

Good reviewers help legitimise comedy as an art form, and all reviewers provide publicity for our shows, for which I’m grateful. I get angry when I read one where the reviewer clearly didn’t get it, or just isn’t well versed enough in comedy — I’m still annoyed that Metro gave Hans Teeuwen 2 stars for one of the best performances I’ve ever seen.

No, but that sounds like a pretty stupid fucking thing to do. It also provides further evidence that pugs are the worst.

The audience of one of my shows in Little Rock, Arkansas, will tell you that yes, most of the ‘snowflake liberal bullshit’ that I performed for them was on unsuitable subjects, but hey, I’ve lived in a country where we’re reasonably chill on abortions and free healthcare, and one where they aren’t, and I have a slight preference.

Me? A straight, white, male comedian who started when he was 19 years old and knew everything about anything? NEVER.

I could be romantic and say the one where I flew North of the Arctic Circle to perform in a tiny fishing village where the sun wouldn’t set, but I’m going to be pragmatic and say the one in front of 700 event bookers that filled my diary for the next three years and took me full-time. If I’m honest, the venue for the first one did stink of herring.

Find Chris Turner on the web - 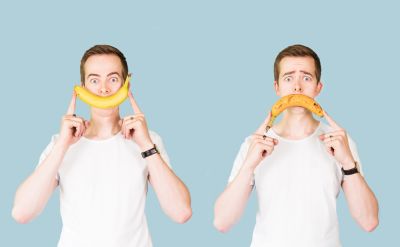 Find Chris Turner on the web -

The Guardian wrote a piece a couple of years ago about rap at the fringe, where it all rhymed, and dedicated two whole verses to me, including the word ‘virtuoso’, so that’s very kind.