Three years ago, I wrote an article. 6 months ago, it was discovered by a BBC producer, thrusting me into the spotlight and making me famous for a day as the public face of antidepressants.

The show is about how I came to taking antidepressants in the first place, the effect they’ve had and the ramifications of suddenly being a public advocate for their use. And whether all this public attention made a very needy, approval seeking comedian happy.

Tell me about your first gig.
My first gig was at a burlesque and cabaret night in Dublin. I wore a black tuxedo, eyeliner and black nail polish. I thought I was Eddie Izzard. I fucking cringe now every time I think about it. Having said that, I did about 12 minutes and got laughs, which gave me a high for about a week. I don’t really remember performing as I was so nervous I was almost physically sick.

Do you have any rituals before going on stage?
I stretch my arms up over my head until the joints in my elbows crack. And I check if my phone is off.

Tell me about your best and worst review.
My best review was probably for “Christian Talbot is Shite at Being Irish”. A reviewer called me “friendly, funny and clever” which I’ll happily take. My worst review said that one of shows was filled with dated references, although in fairness, it was written by a foetus.

During this Edinburgh run, do you plan to read reviews of your show?
If I get any, yes.

How do you feel about reviewers generally?
I like the reviewers who can be bribed with alcohol. The others I’m not that bothered about. I’d rather get feedback from another performer who’s opinion I respected.

It was deliberately and provocatively racist. What did he think would happen?

Are there any subjects that are not suitable for comedy?
There are no unsuitable subjects just unsuitable comedians.

I’m not really one of those comedians who tries to test the boundaries of taste.

Looking back over your time as a comedian, tell me about the best gig of your career.
The best gig of my career was winning King Gong at the Comedy Store. Everything just clicked that night and the audience reaction was overwhelming. Other than that, every time I do the Alternative Comedy Memorial Society. It’s my favourite thing to do.

Find Christian Talbot on the web - 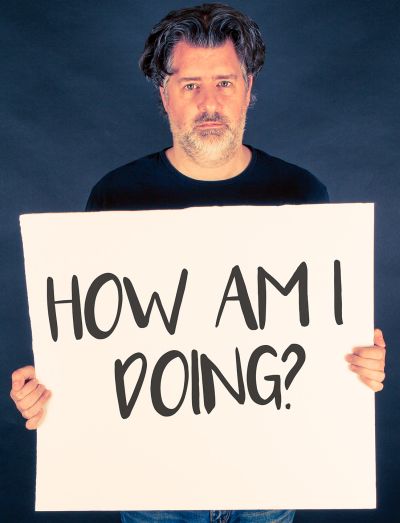 Find Christian Talbot on the web -

I like the reviewers who can be bribed with alcohol. The others I’m not that bothered about. I’d rather get feedback from another performer who’s opinion I respected.