Yasmin Hackett is not the most entertaining reviewer. There is something to be said for just turning up and saying what you see, but at times it seems as if Hackett is making a police statement that may be used in court, possibly of a crime she didn’t find very exciting.

At best her reviews have all the gay unpredictability of a very slow tram taking an accountant to work at a particularly boring firm of loss adjusters. At worst it all seems very stilted and abrupt. Her appraisal of Sally-Anne Hayward, for example, has five sentences in the first paragraph, much of it giving the impression she had one eye on the word count. “It is also evident how comfortable and composed she is behind the mic and on stage” (where else would she be doing comedy?). “Her ice-breaking crowd work is demonstrative of this as she pokes fun at the venue, which she says feels like a ‘cellar’”(You’ve never been in a Fringe venue before have you? And why are we apostrophising ‘cellar’?) Of Freya Slipper she says “The chaos becomes a touch confusing at times,” as if this were an unexpected quality of chaos.

Jon Harvey’s writeup begins with “Jon Harvey is a self-proclaimed film nerd”. Why oh why can’t we just say “Jon Harvey is a film nerd”? Don’t you believe his account of himself? Why would he lie about it? You get the sense that Yasmin is reaching for word; any words, just something to pack out her sentences so that they can put a full stop at the end and move on. There is certainly no sense of joy being taken in any of it. “The trouble with a multi-media show like Harvey’s though is that it can feel like less of a comedy show and more like an amusing lecture” (once again… have you been to a Fringe show before, Yasmin?)

Alexander Bennett gets more of the same. He does this, he is good at that, he then does another thing and that was better than the first thing. It picks up a bit as Yasmin describes his handling of the hecklers, but you get the feeling that something unusual needs to happen in the performance before Yasmin is willing to quicken the pace of her prose, which generally remains a laboured trudge through observational porridge.

One word of advice for prospective reviewers: don’t faux-recommend a show by saying it’s ‘praiseworthy’. Along with ‘commendable’ and ‘solid’ it’s a compliment worse than any insult you could possibly muster. And I don’t even know what to make of her opening gambit on Freya Slipper’s Linda: “A one-woman character show is no mean feat and, unfortunately for Freya Slipper, the concept for Linda seems somewhat over-stretched. This comes from the decision to include a number of characters of varying personas.”

Yasmin HackettWriting for Skinny (Reviewed in 2018) 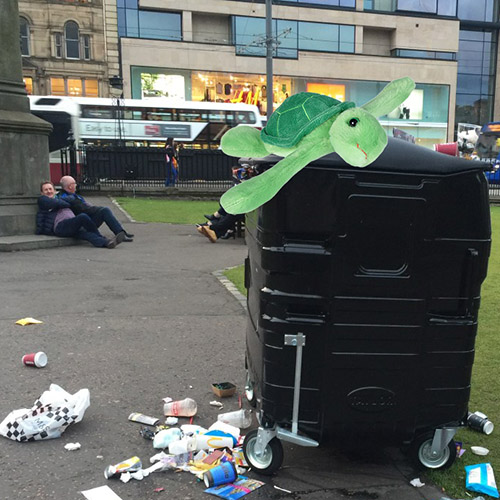