“Words, words, words – Jane has always been obsessed with them, those written, spoken and performed!” So begins Jane Beeston’s BB Biog. And she’s not wrong. She does like her words. She likes them so much that often she cannot decide which of them to invite round to her paragraph and so has all of them over at once. Beeston’s prose is very thick and enjoys itself a bit too much, pissing on the rug of our patience and generally overstaying its welcome.

Call me a simple monkey but I just want to know if the bloody show is any bloody good or not. Is that too much to ask? Instead, for Michael Mooney’s Can You Put This in The Bin For Me? We get a three-para yada-yada about how she got handed a flyer and her exhilarating adventures walking into the sodding venue. It’s not ABOUT you, Jane. I’m sure you’re lovely but we’re just not that bothered.

We then learn that Charmaine Davies is ‘a Kemptown girl and a veteran fringe entertainer’; there are “witty observations (my favourite is the one about Harry Ramsdens)” and then after about an hour of blow by blow recounting of whatever the fuck – sorry, I fell asleep  – “Davies then hands over to her much drier counterpart, Mooney, and a broad, relaxed Glaswegian (now Brighton-resident)..” how to put this, Jane? I don’t fucking care. I don’t fucking give a fucking fuck where these fuckers fucking live. And I still have no fucking clue what I’m watching. WAS IT ANY GOOD?

Now don’t get me wrong; Beeston is LOVELY and cannot be more supportive of just about everything crossing her path. Her review of Laurance Clark sounded as if she wanted to adopt him, shag him and make him King of Switzerland or something, all at the same time, and it IS nice when a reviewer is so very into their job. I mean, nobody will EVER accuse Beeston of doing her reviewing homework on the schoolbus on Monday morning. It’s all hammered out with such strained perspicacity; she seems desperately afraid at times that she might miss one jot or nuance about what she saw. She tells us how wonderful Clark is seventeen different ways, eventually running out of grammar “There is a relatability to Clark’s material that also complements this cosy Fringe venue of The Box”.  Sometimes it almost feels as if there’s no point going anymore. She’s right though, Mr Clark IS lovely. I’m not disagreeing with her. I just wonder if she hadn’t better save the semantic flora for her “work-in-progress novel”.

If you haven’t already heard of this band of bawdy, Bardy performers, it prompts the question, “Is this your first time to the Fringe?” If the answer is yes – what have you been doing with your life every August up until now? However, now that you’re here and you’ve seen the proverbial light, let me fill you in on what this Shakespearean company is all about.

‘The proverbial light’? Fuck a duck. When she later adds that the show is “ribald, riotous and utterly rambunctious” I am, sadly and unusually, not in the mood for alliteration. Unless it’s Broadway Baby’s Beeston buggering off back to Brighton where she bloody belongs. 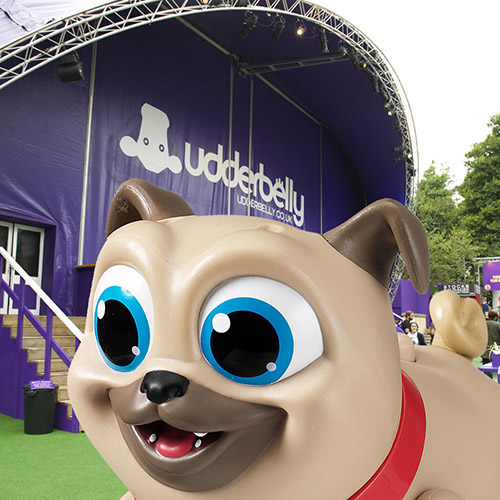