I’m sat on a bar stool observing the end of the world, pointing out the hilarious hypocrisies and unexpected joys of the apocalypse. In 2018 I turned 50 and became British. Clearly I’m having a mid-life crisis. I have to laugh, I have no alternative. Semi-automatic machine guns are illegal in Britain.

My first proper stand-up gig was at Josie’s Cabaret and Juice Joint in San Francisco. On Monday nights they had new material / new comics night. There were about 20 comics and five audience members. We each had five minutes. I was terrible but Margaret Cho popped in to work out some new bit and she was brilliant.

Not really. Sometimes, if it’s a really important gig, I pray to a God I only believe in when I need something. It’s less like praying and more like pleading.

Honestly, reviews don’t stick with me very long. I don’t need a reviewer to tell me if my performance was great, shit or middling. I know as soon as I come off stage.

There are a few reviewers who interest me, so if one of them comes, I’ll read it but most of the smaller stuff or online reviews I don’t really care about.

In general I’m happy to ignore them but there are one or two I respect. I think they’re great writers or I’ve got inappropriately drunk with them at some party so I have affection for them.

I’m a free speech absolutist so I don’t support laws that regulate speech. In my mind the concept of ‘freedom of speech’ is specifically about protecting offensive speech. At one time a group chanting ‘votes for women’ would have been offensive. I just think once you start regulating speech you open yourself up to having your own speech curtailed.

Everything is game. Fashions and styles change so not everything will always land with every audience but that’s fine. I like a bit of frisson, a sharp intake of breath, followed by a surprised laugh. I like a comic that challenges his or her audience. There’s much more risk in that than in railing against the obvious villains of the day.

Of course. That’s the nature of comedy. Sometimes I get it wrong but no one loses an eye. Maybe someone gets embarrassed or triggered but neither are mortal wounds. I do comedy for adults with a sense of humour. If you’re easily offended, I’d recommend one of the many children’s shows at the Fringe.

I’ve had so many great gigs, some in shitty basements, others in big theatres. One of my recent favourites was at a small pub theatre in London, a preview in the run-up to this year’s Fringe. It went really great and I was so thrilled because we filmed it to make a video trailer so I could promote the show. The next day I got a call from the sound guy – the audio card broke and the recording was lost. The highs don’t last very long do they?

Find David Mills on the web - 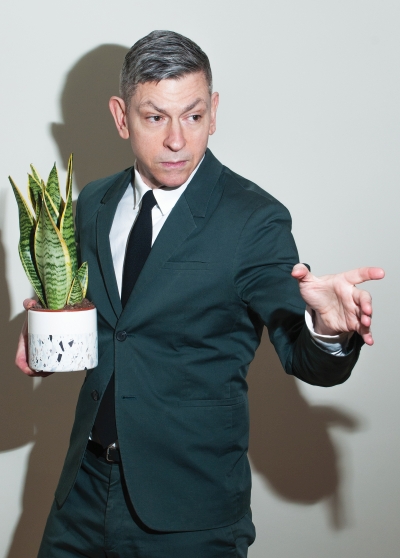 Find David Mills on the web -

I’m a free speech absolutist so I don’t support laws that regulate speech. In my mind the concept of ‘freedom of speech’ is specifically about protecting offensive speech. At one time a group chanting ‘votes for women’ would have been offensive. I just think once you start regulating speech you open yourself up to having your own speech curtailed.