this is an article from 2017Comedy: Culture’s ghetto?

This article was first posted on Wednesday, August 23rd, 2017 Filed by Mister Kipper

It’s a hot-button issue at last: the establishment thinks that comedy is worthless. LEO KEARSE (Tory capitalist) and ROB MULHOLLAND (socialist working-class agitator) have joined forces to ask why public money is only ever spent on entertainment few of us want

Long before theatre supremo Nica Burns took up the cause (check your next-best comedy news provider), Rob Mulholland was exploring the low social status of stand-up comedy in his one-man play, Popular Comedian Rob Mulholland. It’s about a comedian who tricks Arts Council England into funding his comedy show by pretending it’s a play. 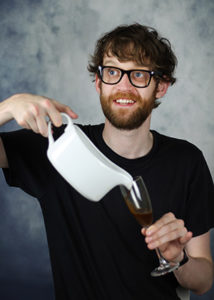 There is also the small matter of his car, the Invisible Rob, named because it is officially a venue. As long as he’s inside it, he’s complying with funding regulations.
Stand-up comedy’s lack of funding, from Arts Council England, Creative Scotland or the two other regional arts funding bodies is, he believes, the most blatant sign that the comedian’s art form is held in contempt by anyone with an oar in “the Arts”.

Rob says: “Arts councils don’t fund comedy because it’s a ‘self-funding industry’, apparently – which came as a surprise to me after seeing my bill for last year’s Fringe. I believe it has more to do with the fact that comedy is actually entertaining and enjoyed by working-class people.

“These bodies waste vast sums of money on attempting to revive long-dead and irrelevant art forms such as opera and ballet. These old genres aren’t fit for purpose any more. Their deaths are not something to be mourned; it’s just natural selection.

“All of this is fed into by the bullshit notions of high art and low art; basically, if something is entertaining and enjoyed by working-class people then it is of inferior artistic value. ”
This, he believes, is why comedy is neglected even though it remains dominated by the middle classes. “Surely giving working-class artists a chance to create art that is relevant to them is the whole point of Arts Council England or Creative Scotland?” he asks. 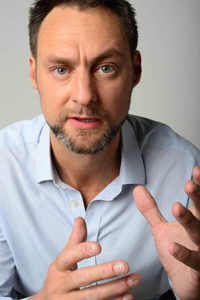 Leo Kearse says the same prejudice is repeated at council level here in Edinburgh. Last year it abandoned (for the second time) a “transient visitor levy” during the Fringe. Last year Fringepig warned that they would try again. And guess what? Starting as early as April 2018, a reanimated tax on visitors is expected to raise £10 million a year – about one tram wheel’s worth – “to invest in festivals, venues and conference centres” will be rolled out.

Leo says: “Visitors may not notice the extra two quid on their already overpriced Fringe dosshouse. As Councillor Paul Edie assures us, it’s just ‘the price of a cappuccino – hardly breaking the bank’. That gives us an insight into how a public-sector salary allows you to see overpriced treats as insignificant frivolities.

“This tax will have negative trickledown to the buckets and box offices of Fringe performers, but the cash raised will be spent far away from the comedians who draw those audiences here. Instead, it’s going to be spent on the big ‘cultural’ venues. An unholy alliance called the ECV (Edinburgh Cultural Venues) is all for it.”

Perhaps, he suggests, we’re fed this spending pattern in our own homes. “The BBC’s licence fee is a flat tax levied on all households, but mainly supports a haughty cabal of Oxbridge nepotists. Lottery funds are raised mostly from the poor and desperate scratchcard masses but aren’t reinvested in things the masses enjoy – they’re funnelled to elitist arts. The proles are given the Lottery-funded Sex Lives of the Potato Men instead of, say, Luisa Omielan’s deeply personal, uplifting proletarian stand-up.”

Rob agrees. “More money needs to be funnelled towards poor comedians with something to say. Less needs to be given to Sebastian and Tarquin’s Modern Dance F*ckabout.”

Sophie Bambrough, speaking for Creative Scotland, points out that the body funds the Fringe AND the Glasgow Comedy Festival in general terms.

She adds that there is no specific ban on funding a comedian, but relatively few have ever approached Creative Scotland for support. To be considered, comedians would need to “make the case for public funding by demonstrating their vital contribution in increasing quality and access to their work”.

We’re not sure what that means, exactly. But it sounds like a lot of forms. 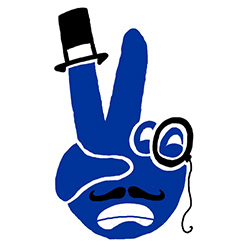