This is my third solo show, it’s called Victim, Complex and it’s about the last few years of my life, they’ve been quite spicy and I usually keep that stuff off the stage but I’ve decided to mine my personal life for material because I’ve run out of fresh new angles on Trump’s hair.

None whatsoever. I try to avoid superstitions of any kind – says the girl who won’t go on stage unless she’s wearing sequins.

Hmm, I don’t read them because I disagree with the good ones so I avoid. The first time my Dad saw me do stand-up he said “I don’t find you funny but I’m sure what you’re trying to do is very funny” which felt as brutal as it reads. He’s my biggest fan now though.

I don’t know. I’m sure they’re well-intentioned but the dream is to never be reviewed. As soon as I can sell tickets without favourable reviews I will have a press embargo like I’m a new iphone. I find it adds a layer of stress to the show that doesn’t make it better.

I love that you’ve written a list of questions when in reality you just wanted to ask this one.

I think he’s an idiot, I can see he thought it was funny. I don’t think it is particularly, I think when you add to that the rise of anti-semitism globally it’s at best tone deaf, and at worst a nasty little shit passing off his views as a joke. The judge said there was no context in which it was ok, and I know people countered that the joke was the context. I would argue Meechan speaking at far right events with Tommy Robinson and joining UKIP is additional context. Many a true word said in jest and all that.

No, there’s definitely comedians who aren’t suitable for comedy though.

Absolutely. Especially when I first started. It’s about finding audience boundaries as well as your own. You also grow up a bit and get to the stage where you don’t feel like certain views resonate with you anymore, basically, I’m fine with gingers now.

I did my first tour this year and I really loved it. There were two particularly fun gigs; Bangor (my hometown) and Salford (my second home). The audience were just amazing and it’s so lush when people turn out to support you. I feel genuinely honoured, that people are going to spend their hard earned cash on your words, proper special that.

Find Kiri Pritchard-McLean on the web - 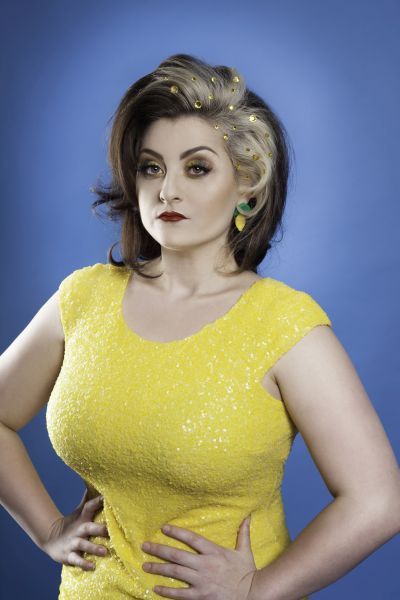 Find Kiri Pritchard-McLean on the web -

The dream is to never be reviewed. As soon as I can sell tickets without favourable reviews I will have a press embargo like I’m a new iphone. I find it adds a layer of stress to the show that doesn’t make it better.