A Piggy Interview WithBennett Arron (I’ve Never Told Anyone This)

This show is called I’ve Never Told Anyone This and, although the title might be misleading, it’s mainly about things I’ve never told anyone. As well as personal stories about me and about my family, there are also stories about TV Commissioners and Famous Comedians.

I had written 10 minutes of stand-up material and was looking for an opportunity to try it out. I was tasked to take part in a celebration evening for my parents’ synagogue. I thought that would be a perfect opportunity. I was living in London, as I was teaching and writing for TV, so I had to get a train to Wales. The celebration was on a Sunday and the train was late. The minute I arrived they told me that I had to go on immediately. So I went on stage and performed my 10 minutes. To silence. Nothing. Maybe one cough. I walked off to the sound of my own footsteps, which was strangely high heels. I was then told that they hadn’t expected me to perform comedy, just to talk about living in London and my job etc. They then explained that I had actually gone on stage between a Holocaust survivor and the Chief Rabbi. I realised no gig could ever go so badly. So far, so good…

I try to write funny material

The nicest comments I’ve had in the Press are: “A Welsh Seinfeld” by The Guardian and “Genuinely Original and Funny” by The Times and I’ve had lovely Four Star reviews from The Scotsman and Three Weeks.

The worst review I had was: “he should be locked up and taught a lesson!” Although to be fair this was by a former Home Secretary and I had just stolen his identity for a TV documentary.

I have my name on Google alert so will be tricky not to!!

I think they are great when they give me good reviews. Otherwise, I’m not so keen.

I had arguments with people over this. Making a dog do a Nazi salute is funny. Using the phrase “Gas the Jews” is not funny. Pretty simple really. But is it a criminal offence? It’s certainly inciting racial hatred. And was certainly unnecessary as the dog could have been taught to respond to any phrase.

I’ve yet to hear a funny joke about the Holocaust where the punchline isn’t, in some way, about those who were killed.

I am actually performing two shows this year, as well as running a weekly Sitcom Writing Workshop. The other show, Heard The One About Identity Theft? is the true story of how I lost everything to fraud and how, years later, I made a documentary on the subject. I went too far in that – hence the lovely review from the Home Secretary. This new show is the furthest I have ever gone with regards to subject matter and pushing boundaries. Will it be too far? We’ll have to wait and see.

I’ve been very fortunate to have performed at some wonderful gigs in the UK, as well as some incredible ones in Amsterdam, Hong Kong, Poland and Australia, but I’d like to think my best one is yet to come.

Find Bennett Arron on the web - 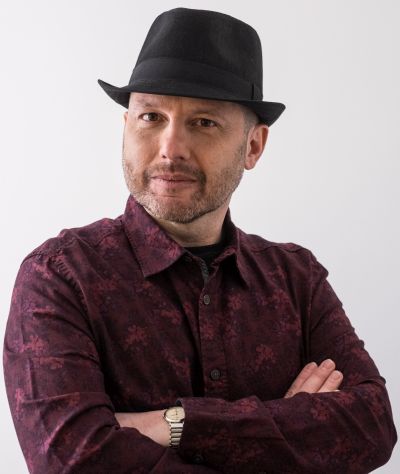 Find Bennett Arron on the web -

The worst review I had was: “he should be locked up and taught a lesson!” Although to be fair this was by a former Home Secretary and I had just stolen his identity for a TV documentary.