It will be based on the climate at the time and the world around me. And life in what goes on in my living room

A comedy competition with 6 people entered and I came joint 5th with a novelty act, Neville Sphincter (catchphrase ‘what an arsehole’). I was 17.

I must have a cup of tea and a pee directly before I go on other than that nothing.

I’ve had my fair share of good reviews mediocre and bad, but I don’t remember them. I’m very grateful for good ones that encourage me and the bad ones for the kick up the arse.

No – that’s mental like stopping in middle sex climbing off and asking how it’s going!

Great – it adds to the whole thrill of the Edinburgh Fringe Festival. I think they are awesome they can push forward a new talent and keep veterans on their toes.

I’m not au fait with this and no idea – that leaves me cold.

You can talk about anything as long as it’s true – if you know about your topic then no one is offended – the only thing I can’t bear is ignorance.

By nature, it’s subjective so unanswerable. I’ve never done time for my comedy!

So many – it’s hard to pick – not so much an individual gig – it’s a sound hitting the hilarity of the audience and you feel any darkness from the audience getting exorcised.

Find Andrew Maxwell on the web - 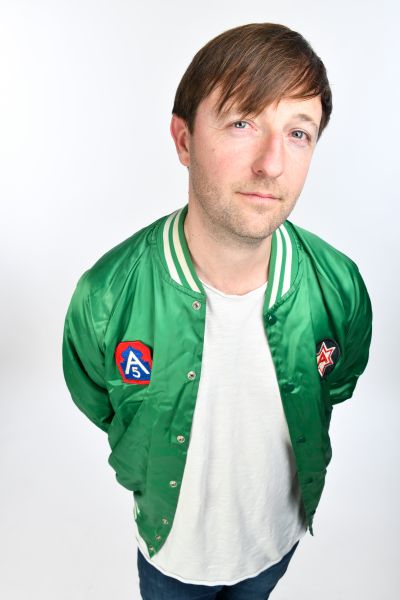 Find Andrew Maxwell on the web -

I’ve had my fair share of good reviews mediocre and bad, but I don’t remember them. I’m very grateful for good ones that encourage me and the bad ones for the kick up the arse.