It’s one-person comedy show about Spencer Perceval – the only British Prime Minister ever to be assassinated – who was shot in the Houses of Parliament in 1812. The shows tells the story of Spencer’s life and death has he strives for a legacy that will have him remembered down the ages, and draws parallels with the discontent of post-Brexit Britain.

Being white, male and middle class I was in a university sketch group, obviously. One sketch was just a series of puns about Eton John and DIY ‘I’m still sanding, lorry seems to be the hardest word, I guess that’s why they call it the fuse etc’. I don’t think that sketch ever featured again.

Stretching. Singing. Weeing. But not at the same time.

My worst review accused me of being racist, based on a joke about me not being able to do a Namibian accent. I think the joke was lost on them, as it would have been much more offensive to attempt a Namibian accent because, you know, I’m not from Namibia.

The best review was from mum who was once said ‘Actually, that was quite good’. She sounded very surprised.

Reviewers play an important part of the Edinburgh experience – it’s all part of the same game. Those people who complain about the worthless opinion of reviewers are the same people who plaster stars all over their posters when they get them. A well-written review can offer a really interesting perspective on something you’ve crafted. When it’s well-written.

Whether the law was correct to prosecute him, I’ll leave to legal scholars. Clearly it was a comedy stunt for his YouTube channel and should have been viewed as such, but I’m always hesitant about turning these people into martyrs. Last month Markus turned up at a Tommy Robinson rally, so the phrase YouTube and Comedian can often be an oxymoron. I’ve already written more than I wanted to about this.

I generally try and avoid this subject like its bubonic plague – see above. Of course comedy should be able to tackle any issues it wishes, but context and common sense is everything. Everyone needs to calm down – something I discuss in my history comedy show Spencer!

As mentioned above, I was once in a sketch involving Elton John and DIY puns. I don’t think I’m that kind of comedian. I probably have gone too far at points but that’s the beauty of comedy. I think at the end of the day my philosophy on comedy is (Insert Bill Hicks quote here).

I don’t know if I’ve mentioned but I once did a sketch in which I played Elton John and he was a in a DIY shop…..

Find Nick Hall on the web - 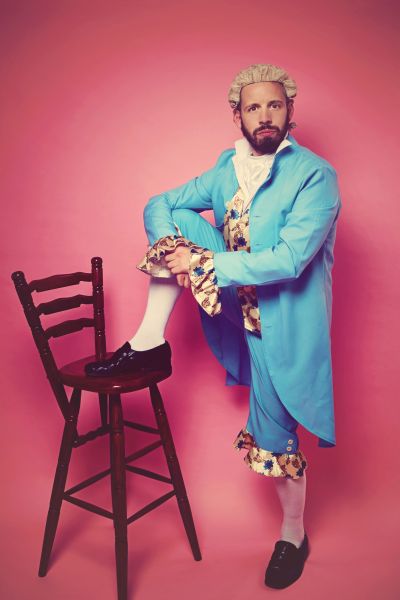 Find Nick Hall on the web -