#Thirsty is a shameless musical journey celebrating my poor life choices and my unconditional love of vodka. It’s an hour of sassy commentary mixed in with songs I stole from other people. Who doesn’t love to celebrate their bad choices??

My first free gig in NYC was upstairs at a gay bar in Hell’s Kitchen. I sang and told jokes, but the majority of the crowd was too drunk to know what was happening. My first professional gig was when I dubbed the vocals for an actual prostitute from Las Vegas. There used to be a docuseries on HBO called Cathouse that followed the lives of actual prostitutes in Las Vegas. One episode they decided to do a musical version and have all the prostitutes sing. But one in particular was so bad that they couldn’t even auto tune her so I was hired to dub her voice…but was told to not sing as well as I do, but not as bad as she did. And, honestly, that’s really set the tone for much of my career.

No crazy rituals but I can get slightly superstitious and like to get ready in the same order every night. Other than that it’s just your standard vocalizing and lip trills…and a little steaming of the voice before I go on.

I performed in Texas a couple years ago, in Dallas near where I grew up. I did one of my shows there that is quite liberal and provocative in a conservative area. A man with a thick Texas accent came up to me after with a big smile and said “I didn’t agree with a lot of the humor but I had a great time!” That meant a lot. As far as bad reviews go, I don’t dwell on those!

I really only skim reviews and sometimes I don’t read them at all… or I make a friend read it first and give me the highlights! If it has a lot stars next to it I will definitely read it.

I appreciate what a good review can do for a show, but in the same regard, I hate that one person’s opinion can make or break a show.

I just don’t think this is a question that is easily answered. For me personally, I find comedy that is racist, misogynistic, homophobic and transphobic to be in poor taste and, honestly, lazy comedy. There’s no room in my life for comedy that is hateful.

I personally don’t feel like I’ve gone too far and could go further. I guess it all depends on where your line is!

Last year, I opened for RuPaul’s Drag Race winner, Bianca Del Rio, and it was the best 15 minutes I’ve had on stage to date. The crowd was incredible and got on that ride with me right away. It was a dream scenario and a feeling that will stay with me.

Find Tori Scott on the web - 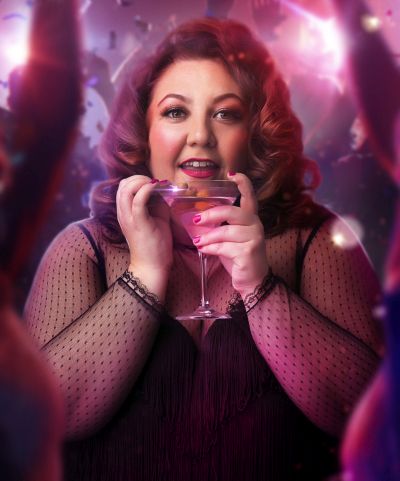 Find Tori Scott on the web -

I appreciate what a good review can do for a show, but in the same regard, I hate that one person’s opinion can make or break a show.