It’s very fun. Since I was a kid, I’ve always wanted to be in a Western so this show is kind of me fulfilling that dream. There are a few songs and I don’t want to spoil it but there might even be some time travel.

It went surprisingly well and sadly nothing noteworthy happened.

I usually listen to music and remind myself to have fun.

I haven’t really had any bad reviews (humble brag) but I guess my worst review was from my Aunty who right after my set, asked me if it was my first time doing comedy. I was like “No. I’ve been doing it for about 4 years.”

No, but if someone was to tell me I got a positive one I would probably read it.

Absolutely, I would’ve fined him for calling himself Count Dankula.

I think you can talk about anything on stage as long as what you say isn’t awful. I think it’s not the subject but the content.

Looking back over your time as a comedian, tell me about the best gig of your career?

It was at the Melbourne festival earlier this year. I left my house super early because I wanted to go to this Italian restaurant. I ate a massive plate of pasta and then decided to walk to my venue an hour early so I could relax (I’m usually always running late). On my way there I got a phone call from my manager Craig. He’s like “Hey man. Where are you?”. I instantly remember that it’s a Sunday and shows are an hour early on Sundays. I was like “I’m on my way!”. I hung up and sprinted to my venue. The audience were already lined up outside. I frantically got changed behind the curtain while they came in and then launched straight into the show. I was crazy bloated with pasta and kept having to pause mid-sentence to do these gross pasta burbs. During the grand finale (a Michael Jackson dance number), I accidentally unplugged the projector with my foot, then tripped while running up the stairs and fell flat on my face. While trying to stand back up I knocked my projector screen which crashed off the front of the stage and nearly killed an audience member. Genuinely the most fun show I’ve ever done.

Find Paul Williams on the web - 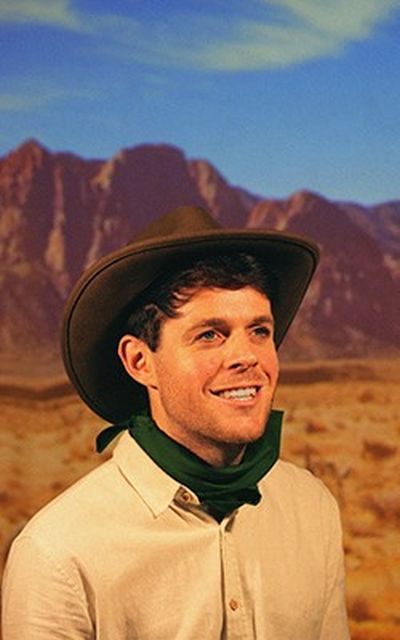 Find Paul Williams on the web -

I haven’t really had any bad reviews (humble brag) but I guess my worst review was from my Aunty who right after my set, asked me if it was my first time doing comedy. I was like “No. I’ve been doing it for about 4 years.”