A Piggy Interview WithRichard Todd (We Need the Eggs)

It’s about the obsessive pursuit of absurd ideals in spite of history and experience telling you they will end in failure. And the perpetual resurrection of hope. And crisps.

I smoke a single cigarette, like a condemned man enjoying a last request, then I have a    priest pray for me and a guard walk me to the stage, whereupon, after an apology to all   my victims, I plunge towards the mic, whilst simultaneously voiding my bladder and bowels. And then things get really upsetting.

I had lovely reviews last year but they all suggested I was mentally broken or physically wretched so I couldn’t show them to my mum. They were the best of times, and the worst of times.

No. But I will of course.

I read reviews all the time to get an idea of what music, films, comedy, theatre I might enjoy so it’s hard to be dismissive of reviewers. That said, there is a difference between a review – which, at its best, contains an understanding and appreciation for the medium – and an opinion – which at best contains an understanding of yourself; I could offer an opinion on Shakespeare but not a review, since his words are, for me, a shitty muddle.

The dog’s raised paw was due to Pavlovian conditioning, I’m sure, and not borne of any Nazi affiliation. So the dog’s off the hook and I demand you rephrase your question, and stop putting words into his paw. Fascist pugs are my legal speciality.

I shouldn’t have said ‘your mum’. It was childish, and I apologise.

They have all blurred into one now. One recurring groundhog day with incremental improvements, followed by crushing set backs, in an endless drive to escape the monotony of repetition that is the nature of the act. Great times.

Find Richard Todd on the web - 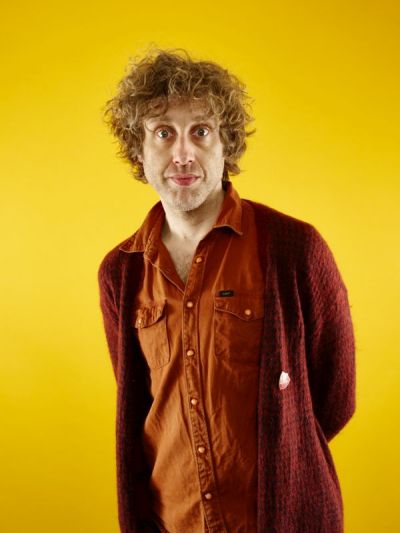 Find Richard Todd on the web -

I had lovely reviews last year but they all suggested I was mentally broken or physically wretched so I couldn’t show them to my mum. They were the best of times, and the worst of times.