This year, Matthew, I’ll be doing a show called Harriet Braine’s Apocalibrary, which is a very silly show about what would happen to a librarian in an apocalypse. The apocalypse is Trump’s fault. It is an excuse for me to play parody songs about more dead men. Last year it was artists mostly, this year it’s authors mostly.

I have 3 different first gigs: one is the first time I ever did what became my comedy act in front of a small crowd – but it wasn’t a “gig” in any formal sense, it was an exhibition opening party at art college and so I guess it was performance art… My second first gig was a few months later headlining a poetry slam. Again, not really a comedy gig (but still one of my best gig experiences ever. It’s amazing being the comic relief after poetry). My first gig in a comedy club was a heat in the 2016 Musical Comedy Awards. It was great, I had to bring lots of friends and family to vote me into the next round, and then we went for pizza.

No, not really. I’m never that prepared, sometimes I even tune my guitar onstage. People love that.

My best review was by one of the lovely people who write reviews for Buxton Fringe shows. I have a feeling they are super-nice to everyone though… Buxton Fringe gave me a certificate too. Excellent taste, Buxton. My worst review was by a student reviewer who didn’t like the way I was making fun of “the great artists” in my Edinburgh show last year, and rather haughtily gave me two stars.

Yeah if I get any. It’s billed as a Work In Progress to try and avoid getting them, and so I can have a bit of fun with the show and not worry about pleasing critics. It makes me fuck up.

They make me feel nervous and weird usually, because I’m at that early stage where their opinions count a lot more than they would if I was well known. It really depends on the perceived power of the reviewer though. It’s a wide spectrum.

I make a joke about the Nazi pug in my show this year. No one knows this story outside the comedy world so I might have to drop it as maybe 5% of audience get it. I believe Meechan’s an idiot and possibly a far-right extremist idiot. Is it illegal to be one of those? We’re lucky enough to live in a country with relative free speech, and I feel like he just abused this, possibly for publicity. People get fined for doing much much less horrible things. But the word ‘criminal’ is perhaps the problem… I believe he should have been punished but not necessarily that he is a criminal like all the proper violent criminals. I’m conflicted.

I don’t think so, but if you are literally just insulting people it’s not comedy anymore.

No I don’t think so. It’s not something I try to do, so it would be an accident if I had. For example I once called a man in the front row Raj when the MC had been chatting with him for ages and everyone knew he was called Sarj. I corrected myself loudly and apologised for doing a bit of “all men with turbans are called Raj” racism.

One of my best so far was so good because the MC was Jayde Adams whom I adore and the headliner was Tim Key whom I also adore. I was in the middle. I did really well, everyone else smashed it of course. Then we had some beer.

Find Harriet Braine on the web - 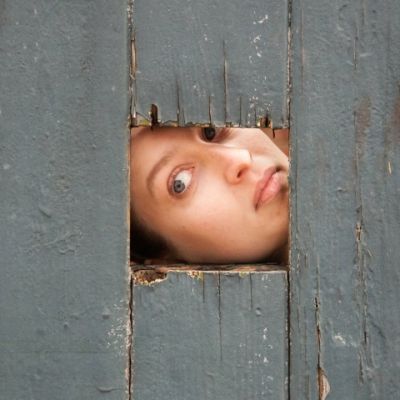 Find Harriet Braine on the web -

My best review was by one of the lovely people who write reviews for Buxton Fringe shows. I have a feeling they are super-nice to everyone though… Buxton Fringe gave me a certificate too. Excellent taste, Buxton.