A Piggy Interview WithCharlie Partridge (I can make you feel good.)

It is the embarrassing story of how I met my girlfriend, Rhyannon. Punctuated by absurd, German beatboxing. I love telling it because, in the end, it’s a really happy story. And that’s not smug, because it’s also about promo work and failure. It sounds like it would be a spoiler to say that we’re now together, but Rhy knew the ending, and she still found it nerve-wracking and tense… I thought she meant the drama of the story, although maybe she just meant my performance.

My first gig was at university. I prepared a slide show about the google results of researching a school bully and did impersonations of falafels. The material hasn’t changed much, I still embarrass myself and make funny noises, but now I dress better.

I tend to obsess over the first minute of a show. I find that if you nail your opening the rest of the show is so much easier. So I pace in circles, or follow geometric patterns on carpets. Ideally with a hot mug of tea. Sometimes, I won’t have a dressing room, and I’ll just pace outside. I think if you can stay calm and confident staring passing pedestrians in the face as you deliver one liners about board games, then on stage will be no problem.

I once had a review of a game show I ran appear on the front cover of the Wall Street Journal, describing it as ‘The future of entertainment’. I thought I had made it. Then later that day, I got caught shoplifting a sandwich I couldn’t afford. The security guard said he never wanted to see me again. I have never stolen a sandwich since.

No. I really just want to do what I think is a good show.

I think they are part of the environment of all of this, and obviously they can do me huge favours if they like what I do, but I try not to let their feedback either way affect what I’m doing. I’ve had hyperbolic praise, damnation and people fundamentally misunderstand basic conceits… the thing is, following them appeals to your egotistical side, and I actually just want to make this show better by my own standards. There are one or two whose opinions I may trust for those purposes.

It is a complicated question without a simple resolution, so I think that’s why it went to court. I think your question misses out the forum that he shared it on. Teaching your pug to Nazi salute might be funny with your mates, or in the mouth of a clear villain like Cartman, but if you have 200’000 subscribers and are part of wider community of alt-right bloggers who clearly have anti-Semitic sympathies. It is different… his other videos are kinda hateful, smug, wilfully provocative and irritating. And his subsequent martyrdom is tedious.

Nah. Just the ones which aren’t funny.

I had a gig in Leicester once, and I didn’t get off the train until Loughborough.

This show. I have done a lot of really fun gigs that I never thought I’d do – hosting naked mud-wrestling to 2000 people, a private gig on a superyacht, 3 sell out 1000 cap shows in one night in New York, but THIS show is the most satisfying thing I have ever made… all the other stuff was just warming up.

Find Charlie Partridge on the web - 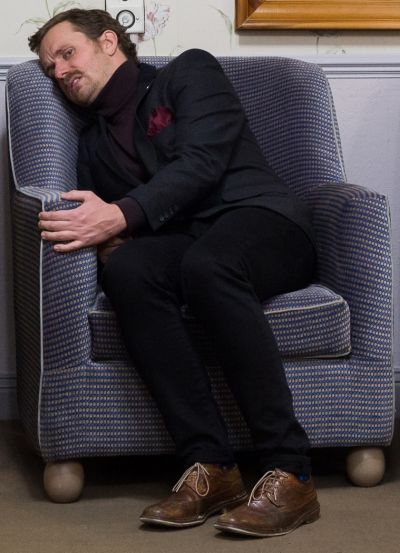 Find Charlie Partridge on the web -

I once had a review of a game show I ran appear on the front cover of the Wall Street Journal, describing it as ‘The future of entertainment’. I thought I had made it. Then later that day, I got caught shoplifting a sandwich I couldn’t afford.