Last year’s show was a positive show with an upbeat ending. This year my Show is about heartbreak and loneliness, it promises to be a lot of fun!

My first gig was 5 minutes at a new material night in an arts centre in Cardiff. I was incredibly nervous and clinging to a glass of red wine for dear life. The gig went ok and the wine became a central part of my act for about two years before I developed a personality instead.

I just make sure I’ve been for a piss.

My best review was from a woman who sent me a private message on F/B full of praise, saying I entertained her, her kids and husband even though, “They’re awkward, He’s grumpy and I’m Scottish.” This was my first year in Edinburgh and I was very much flying under the critical radar so this was very encouraging.

My worst review was from Broadway Baby, who focused on my “nasty weak moustache” and “horrible shoulder length hair” rather than my material. Luckily, I had a girlfriend who helped prop up my self-esteem. This year I’m single so I plan to shave every morning and hope that the reviewers are kind…

I plan on not kidding myself that I wont.

I love reviewers! I think they’re often unfairly maligned and criticised and perform a vital function. Did I mention that I’m hoping they’ll be kind about my looks this year?

You know, a few months ago I could’ve given you a really articulate response to that question but now I’ve forgotten a lot of the finer details and I’m not going to go back and read up on it again. The guy at the centre of it seems like a tedious arse and I’m sure he’ll be delighted if he sees that comedians are still being asked about him.

No. There are views and opinions that probably not very funny but I don’t think any subject should be off the table. That said, if you’re doing rape jokes, you had better be a brilliant act on the top of your game doing really intelligent, original and thoughtful rape jokes with a point that justifies it. If not, just leave them alone….

Yes, a bunch of times and I learned from them, I think, but I’ll keep those stories to myself…

One that still stands out is the final of You Must Be joking 2011. It was only 10 minutes but with 200 people in a full theatre with steep, raked seating it was the biggest stage and largest audience I’d ever performed for at that point and I still remember it as a pretty giddy adrenaline rush.

Find Chris Chopping on the web - 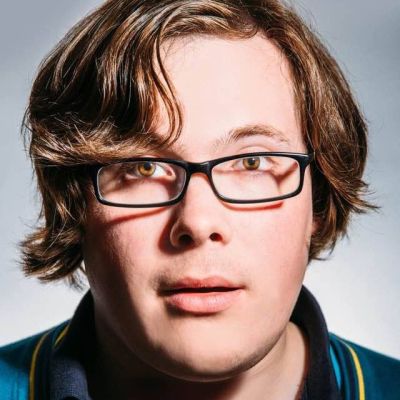 Find Chris Chopping on the web -

My worst review was from Broadway Baby, who focused on my “nasty weak moustache” and “horrible shoulder length hair” rather than my material. Luckily, I had a girlfriend who helped prop up my self-esteem. This year I’m single so I plan to shave every morning and hope that the reviewers are kind…