The answer I’m meant to give: An award-winning (yep, won awards last year) comedy about kindness. Can kindness change the world? And would you #DareToBeKind? Sold out the entire run last year in Edinburgh with extra shows added. It’s about to go on my first national tour in the autumn.

Last year I felt powerless over a lot of stuff so I focused on the power I had which was how I treat other people. So I did random acts of kindness every day to see if it could change the world a bit.

The answer I’m giving: I love performing it. I’d love to sell out again. Come join me so my parents might actually take this career seriously.

My first ever gig? Or my first performance of this show? Oh, wait you can’t reply. Um… the first time I performed this show it was in a basement in east London to a smallish crowd and it was waaaaaay too long, as most of my shows begin. But it went down really well.

My first ever gig… I think that too was in a basement. Maybe I like being underground. Anyone would think I’m a Womble.

Other than doing my make up – when the going gets tough, the tough get sparkly – and visiting the ladies room… I always chat to my audiences as they come into the room. I prefer doing that than standing backstage. These are my people – a whole bunch of potential new friends. Why would I want to hide from them?

My best review is any time an audience member takes the time to come up to me after a show to enthuse about how much they loved it. I can’t remember my worst review. Think I got so drunk after reading it I forgot.

My worst review from my own mind would be unpublishable; too many swear words and profanities.

Depends on the day. I respect the opinions and I respect myself enough to know I can handle it. But ultimately all that matters is what today’s audience thinks of the show – and I want to give each and every audience the absolute best possible performance.

I like reviewers. I used to be one. They’re doing their job. It’s a part of the beautiful patchwork of Fringe fun. When they say something complimentary, I’m overjoyed. When they don’t, I’m not. But I strive to be better. That’s life as a performer. Besides, the voices in my head constantly critique me far worse than anything I’ve ever read. That’s not a challenge, by the way.

I’m not a lawyer or a police officer. I’d probably ask them. I only know what I find funny and to me, that was NOT.

Anything a comic isn’t comfortable or confident saying. Comedy only works if you’re confident in what you’re saying. A Fringe comedy show isn’t therapy. Therapy is therapy. Although my therapist does laugh at me. And both last an hour.

Only in front of audiences who perhaps aren’t fans of swearing. I flipping love it.

Every gig could be the best ever. I love performing in Adelaide, the audiences there are raucous. Edinburgh gigs can change your life. Performing for the BBC is always special. But I’m convinced the best is yet to come.

Find Juliette Burton on the web - 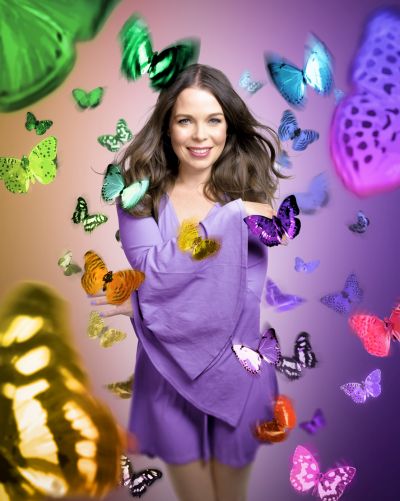 Find Juliette Burton on the web -

I like reviewers. I used to be one. They’re doing their job. It’s a part of the beautiful patchwork of Fringe fun. When they say something complimentary, I’m overjoyed. When they don’t, I’m not.