My show is about confidence, companionship and for some reason, origami. I can’t really say why, but the show is under obligation to include quite a lot of things that are quite a hassle to include in a stand-up show, like origami. I think it’ll be a lot of fun.

My first gig was in York when I was 17. My Mum and Dad drove me there and wait outside because I didn’t want them to see me die on my arse. It was a 10-minute slot, I had 5 minutes of material and improvised the rest about March of the Penguins – I don’t remember what I said, but that bit went better than the stuff I’d written.

The best would probably be the first time. I got a 5 star review for a solo show, that would have blown me away. The worst is probably one I got after the projector broke and my show involved a massive amount of projection stuff, and that didn’t seem to be accounted for, or mentioned in the review. I think they must have thought it was a weird theatrical piece.

I’ll try not to, I usually see the star ratings but don’t read them until the train journey home.

My opinion on reviewers probably differs depending on the review I get.

I heard about this, but I wasn’t that engaged in the story – it feels far away from the sort of Fringe and circuit comedy I’m involved with. I’d say, if you’re making an animal do a Nazi salute to ‘Gas the Jews’ you’re not in the right.

I once suggested doing a stage dive and the audience seemed up for it – but then people seemed to lose their nerve, so I just jumped into a pile of empty metal chairs. That felt painful and like I should’ve listened to the crowd.

I think, as much as this isn’t a funny or interesting answer, probably one of the Fringe gigs last year. I was really proud of the show and I think whenever you do a new show that you’ve been agonising over, and it goes really well, it’s the one that’s going to stick in your head.

Find Ian Smith on the web - 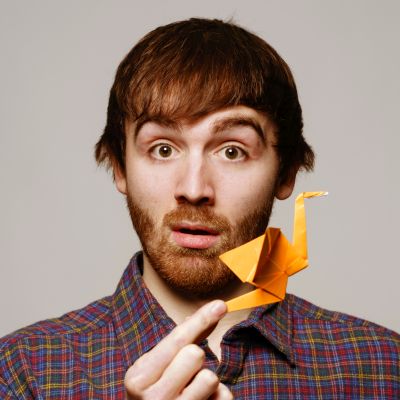 Find Ian Smith on the web -

My opinion on reviewers probably differs depending on the review I get.