It’s a classic stand up show, as in there’s no sad twists or near death experiences, I did that last year! It’s just an hour of craic. I’m a woman in my thirties so I draw from my own life and whatever is going on around me at the time. Ageing, love, looks, wine, death, keeping secrets, my mother, life basically!

My first gig was different to what might be the normal route in to stand up which is usually an open mic night in a club. A comic saw me in a play and suggested I try stand up, so my first gig was doing five minutes before he came on at one of his shows, which was in a huge theatre in Ireland. It was terrifying but we all survived. I kinda blacked out doing it. I opened with a gag about wanting to go down on Des Bishop so that was nice.

I ring my agent and tell her I can’t go on unless she sings Edelweiss down the phone to me. After she does that, I look at my set, write the beats on my hand in case I need them and I try desperately not to drink Pinot Grigio.

The Irish Independent called me ‘Hilarious, dark, edgy, strangely reassuring ‘ and I’ve a troll on Twitter who every time I block them, they set up a new account to tell me I’m the worst thing to happen to Ireland since the famine.

Only if someone sends me them and then, only if they’re positive. I won’t go looking for them, and funnily enough, I’m not interested in the bad ones.

They’re doing their job, I’m doing mine and they seem to really matter at the Edinburgh Fringe because there are so many shows so people want recommendations. Usually it’s one persons opinion about a show that thousands of people will see. I’ve seen amazing acts get an awful review from one newspaper and they go on to sell out shows all over the world. I’ve seen a stand up show get a one star review and a five star review from two papers on the same night, it’s all subjective and I think most people know that.

It was a stupid move but I don’t think he’s a criminal. I do think it sends that taking him to court sends a message that telling an offensive joke can land you in prison and where the hell does that leave any of us? It’s the dog I feel sorry for.

I don’t think so. Once it’s funny. Personally I hate when lads do rape jokes, but that’s my personal taste, I just wouldn’t go and see that act again. But I’m not going to report them or try and destroy their career. You can do jokes about anything, I don’t have to like everything a comic says.

I did the o2 in Dublin recently for Comic Relief. It was unreal. I love big stages, the bigger the better. I like running around and sweating profusely so it’s perfect!

Find Joanne McNally on the web - 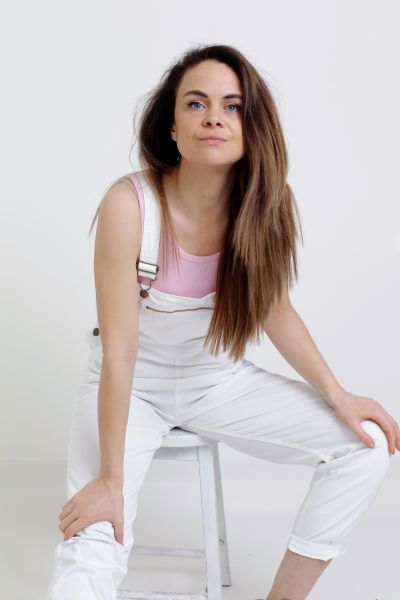 Find Joanne McNally on the web -

The Irish Independent called me ‘Hilarious, dark, edgy, strangely reassuring ‘ and I’ve a troll on Twitter who every time I block them, they set up a new account to tell me I’m the worst thing to happen to Ireland since the famine.