Tell me about your Edinburgh show.
It’s a millennial romp through as many 2018 keywords as I could think of: masculinity, gender, veganism, rent and so on. Loads of jokes, stories of the Midlands and a great* outfit guaranteed or your money back. (*taste is subjective)

Tell me about your first gig.
So, depressing and probably very similar to most comedian’s first times. A small room above a pub on a Thursday night. There were 25 open mic acts on the bill all doing 5 minutes, I was second to last, no-one was listening. Yet, when I finished I had such a rush that I thought, “I’ve got to do that again”.

Do you have any rituals before going on stage?
A series of very athletic stretches. Even though I tend to stand stock still with a sassy hip to one side.

Tell me about your best and worst review.
Why bring up the past?

During this Edinburgh run, do you plan to read reviews of your show?
Heavens no.

How do you feel about reviewers generally?
I hope the younger ones know they still have time to try other things.

In April 2018, YouTube comedian, Markus Meechan (aka Count Dankula) was fined £800 for training his girlfriend’s pug dog to do a Nazi salute with its paw, in response to the phrase ‘Gas the Jews’. Do you believe Meechan committed a criminal offence, and why?
Ughh, this is such sticky territory. It was criminally unfunny but let an audience be the judge, not an actual judge.

Are there any subjects that are not suitable for comedy?
There are no bad subjects, just bad attitudes.

Have you ever gone too far?
I think a lot of newer comics starting out will try and tackle the big subjects without a clue as to how to do it deftly and respectfully. Luckily, I’ve deleted those videos now.

Looking back over your time as a comedian, tell me about the best gig of your career.
Supporting RuPaul’s Drag Race winner Sasha Velour at the Clapham Grand was quite phenomenal. The most beautiful audience of 500 eager and engaged young queers who might not think comedy is for them, when it often seems to be performed by a dad in a shirt. I was wearing a shirt, but I’m sterile, so I’ll always be edgy.

Find Joe Sutherland on the web - 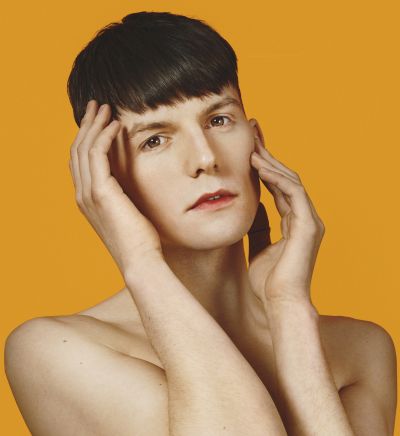 Find Joe Sutherland on the web -

I think a lot of newer comics starting out will try and tackle the big subjects without a clue as to how to do it deftly and respectfully. Luckily, I’ve deleted those videos now.