My show is called Great White Male. It’s a show about women’s rights.

My first gig was at the Lion’s Den open mic night. I did great.

“Alistair Williams is another white male” is one of my least favourite review lines. You’re supposed to read criticism and improve. Struggling to see how I can be less of a white male on stage.

My best review was in the final of the Amused Moose last year. I was selected as one of the top ten fringe shows after I produced an hour of comedy that helped people know what food was really healthy. The reviewer claimed she didn’t understand what my show was about and then went on to opinion that as a was a skinny man I shouldn’t be allowed a voice to tell people what to eat.

The audience are the only real reviewers and they like me.

No. I believe this country is supposed to have free speech. Who decides what is offensive?

I got a standing ovation at the comedy store, that was fun. I believe I’m one of the quickest ever acts to graduate to full weekends there and it’s my favourite place. I love comedy by the way. I’m just burned out with the industry and reviewers that don’t seem to put funny first.

Find Alistair Williams on the web - 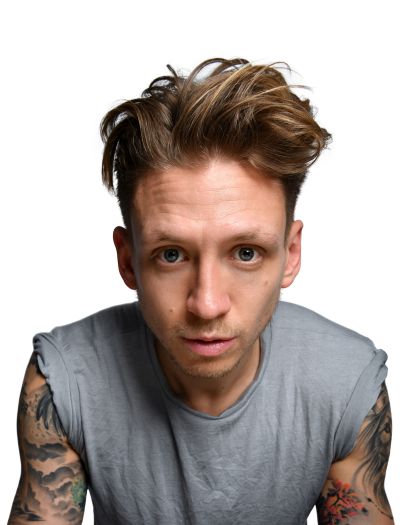 Find Alistair Williams on the web -

“Alistair Williams is another white male” is one of my least favourite review lines. You’re supposed to read criticism and improve. Struggling to see how I can be less of a white male on stage.