My show is essentially about the theme joy. Where does it come from, how do we get it and why does it seem to elude us throughout our lives? I explore these topics with storytelling, songs and improvisations with the crowd and hope to give joy as well as receive it throughout the month.

My first gig was when I was fourteen years old at a school talent show and I did a bit about a popular advert for Snickers that had come out recently featuring Mr T. It went really well and came away from it knowing that I wanted to do it again and again.

I make sure I have enough sleep, no alcohol or drugs (they can be consumed later), I focus on my breathing, drink loads of water, and recently I’ve started meditating before hand which quiets my mind to focus on the gig ahead.

My best review and worst reviews are both from Broadway Baby. The best was nothing but complementary about my stand up with an in depth acknowledgement of my process and effort, the other review was the complete opposite. My sketch group put on a reasonably risky and out there show which received a lot of love and support, however the reviewer was seventeen years old and ‘specialised’ in musicals and opera. So he didn’t see the irony of all of our jokes which led to a one star review slating us for being racist, sexist and homophobic. The context of our jokes were sadly misrepresented.

Of course, many don’t but I feel now that I’m at a stage in my life, not just career, to accept criticism without losing control of my emotions. At the time of the ridiculous one star review with my sketch group I felt betrayed, angry and helpless. However, I now realise with genuine patience and consideration I can be open to discussion even if it’s negative towards me.

I appreciate the work they put in to genuinely promote the best of the best, however I don’t understand certain reviewing platforms who hire inexperienced and ill-equipped people for the festival. It leads to misunderstandings such as what I went through, but more importantly it devalues all decent and considerate reviews from skilled writers.

I don’t believe he committed a criminal offence by making that video, however I do not believe he deserves our protection as artists. Markus Meechan made a controversial video which is inherently silly, however since then he has aligned himself with figures such Tommy Robinson who say they defend freedom of speech. Everyone seems to be focused on whether the video was offensive and not focused on the hijacking of freedom of expression by the right wing. For me, Markus isn’t guilty of inciting violence through that video, however I think we should look to his personal affiliations and judge him from that. In my opinion, he’s a dick.

All subjects are suitable for comedy, but it’s the context and meaning behind them that make it possible to explore them correctly. Rape is often seen as a subject that people avoid or do badly in comedy. However, there are dozens of fantastic comedians worldwide who tackle this subject sublimely, either because they are a survivor themselves or they are someone that has found a way to not shame but to empower victims. Also one rule can not fit all. One person may find joking about trauma integral to the healing process, while others may feel victimised. If we only cater to one side, the other will suffer.

Of course, multiple times. But it’s never been the material exactly. As a performer you should never have hate in your heart and when you genuinely lose your temper at the audience you are being the aggressor and not the solution. No matter how correct you feel you are, if you don’t treat your ‘enemies’ with respect and love, then how do you expect them to listen to your point. I have always gone too far when I let my own pettiness get the better of me. Whether that was because they didn’t get it, or they didn’t listen, or they didn’t laugh. Essentially you can never go too far as long as your intention is to love your audience, even if that involves telling them difficult truths.

I’ve done many great gigs in my short time as a comedian, but my favourite was recently at the first Icelandic comedy festival called Scotch on Ice, which was an exchange of Scottish and Icelandic comedians and I was lucky enough to be a part of it. The big show was in a beautiful old theatre in Reykjavik which was completely sold out. I opened up to an amazing line up which was headlined by the fantastic Ari Eldjarn. It’s a gig that has cemented a total belief in my ability as a stand up, but also woke me up to the reality that I still have a lot more to give as a performer.

Find Andrew Sim on the web - 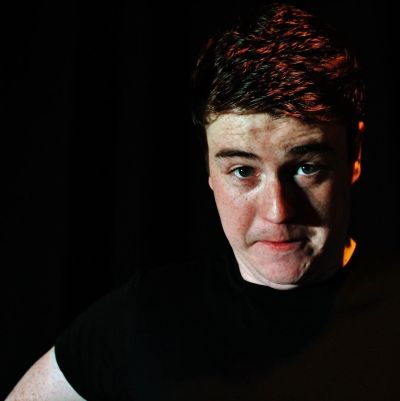 Find Andrew Sim on the web -

My best review and worst reviews are both from Broadway Baby. The best was nothing but complementary about my stand up with an in depth acknowledgement of my process and effort, the other review was the complete opposite. My sketch group put on a reasonably risky and out there show which received a lot of love and support, however the reviewer was seventeen years old and ‘specialised’ in musicals and opera.