When I was 14, my school wrote a letter back to myself, 10 years after I graduated they sent it back to my parents address. That letter, nearly ruined my life. It’s a story of growing up and finding out you’re not who you wanted to be, of getting paid to google search the term sexy teen girls and of going on dates with doomsday survivalists.

I remind myself ‘be funny, entertain the crowd’ three times.

My best review described me as narrative comedy of the highest calibre, gave me four and half stars and described my comedy pretty much exactly the way I’d hoped to see it described.

The worst described me as ‘floating around like a bearded butterfly aimlessly on stage.’ I shaved the next day.

Yes, I read them the day they come out.

They’re just doing their job. It’s important to remember it’s one persons opinion of one night of a long run. A great review is nice and a terrible review would suck. But if you’re any good at this you’ll know how the show is shaped roughly by the reception from night to night.

I don’t think it was criminal, but I’m also not in the whole ‘what about free speech’ camp either. I think there are things you can do, but probably shouldn’t.

Yes and no. There are some subjects that are inherently not funny, but in the right hands and with the right angle can be made funny. If ‘shock’ is the angle, I doubt it is the right hands.

Show me a male open mic comic who at some point started out hasn’t mistaken a risky hot take for comedy gold and I’ll show you a liar. Watching an audience be actually offended by something you’ve said hurts, and it feels bad, and it should and hopefully it makes you a better comedian.

Early in my time back home in Melbourne I won a competition and got to do a opening spot for Jimoin in front of around 400 people. I don’t think I’ve ever been that excited before or after a gig.

Find Anthony Jeannot on the web - 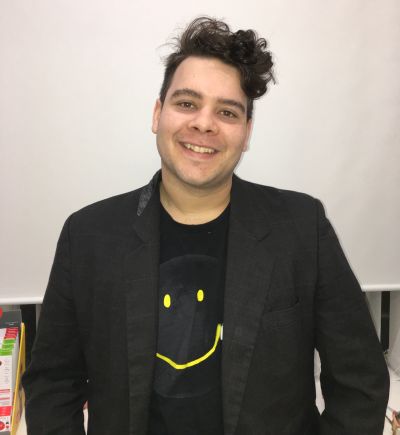 Find Anthony Jeannot on the web -

My best review described me as narrative comedy of the highest calibre, gave me four and half stars and described my comedy pretty much exactly the way I’d hoped to see it described.

The worst described me as ‘floating around like a bearded butterfly aimlessly on stage.’ I shaved the next day.