My show is called “Stutter Island”. It’s about how stammering is scary. For the show I revisited all of the mean things people have said to me relating to my stammer throughout my life. I tracked down the people who said them and got them to say it again for the purpose of the show. It’ll be surprisingly uplifting, I hope.

My first gig was in a club my friend ran at the time. He’d been a comedian for about a year or so and said I could do a spot if I wanted. It was ten minutes. My friends filled up the entire front row. I felt like the greatest comedian in the world. The next year of gigging was a big come down.

On the walk/drive to the gig I listen to “Party Up” by DMX. It gets a bit repetitive if it’s a long drive. When I get there I usually write out my set repeatedly in my notebook so that every joke is etched in my brain. Then panic that I’ll never remember any of the jokes.

My worst review came in my first year of comedy. It was in a weird night in the back of a restaurant. The reviewer was there as a favour to a friend of the MC who not a comedian. I’m usually seen as a family friendly act but this review made me sound like some sort of sex obsessed fiend. The review is no longer available online, thankfully. The good reviews are less interesting.

I have no idea about the laws in the UK so I can’t really say. But I can say he seems like a right knob and has gotten all of the attention he so clearly craves.

I would say no. But there are topics it takes a lot of skill, craft and lived experience to talk about. Just because you’ve seen another, better, comic talk about something doesn’t mean you’re able to. Don’t be lazy.

I have probably have gone too far at some stage, especially in my earlier days. I probably did the above and talked about issues I didn’t have the ability to talk about yet.

Lots of gigs at festivals, solo shows and support spots have been special. But once I took a last minute gig that was a three hour drive away. My set started slow and I couldn’t figure out why the 35 American women at the front kept on whispering among themselves. After a couple of minutes into my set I discovered that they were the entire speech and language therapy department of a US university who thought I was a set up. Suddenly the gig became magical.

Find Aidan Greene on the web - 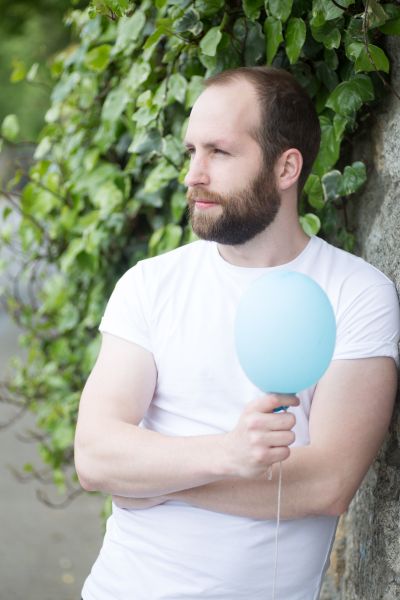 Find Aidan Greene on the web -

My worst review came in my first year of comedy. It was in a weird night in the back of a restaurant. The reviewer was there as a favour to a friend of the MC who not a comedian. I’m usually seen as a family friendly act but this review made me sound like some sort of sex obsessed fiend.