A Piggy Interview WithAlex Edelman (Just For Us)

It’s an hour of solid stand-up comedy with a story at its core about the person telling it. Which, barring illness, should be me. I went to this meeting of White Nationalists in New York out of curiosity and that’s the centerpiece, I suppose.

It was in a pizza place in Boston and I was terrible. I bombed hard.

I take a moment and remind myself of all the little things that I’ve resolved myself to improve on since my last time onstage.

The best review was from a punter at T in the Park who told me I was “less than shite” and the worst was from his brother, who loudly disagreed with him. IDK, man. Reviews really matter to me. It’s someone who saw you and has an opinion that they’ve written down.

No. But I will. I’m a narcissistic little teacup. I occasionally cave.

IDK, man. It’s someone who saw you and has an opinion that they’ve written down. It’s a weird thing to relate to. American comedians to a person find them absolutely bewildering.

There are good ones – Steve Bennett from Chortle and Patrick Horan from the Herald Sun in Australia do a really good job, I think – but there are some absolutely dire cases. I’ve read reviews I loved reading and reviews I think are dumpster fires.

Nope. But he’s definitely an asshole and not this new free speech hero. Imagine regarding someone named ‘Count Dankula’ as a hero.

I personally think he should’ve done some time in jail. Not because of the pug thing – that’s not criminal in the slightest – but because I think all YouTube comedians should be incarcerated for a bit. It’s healthy.

Going out. But not just ‘going out.’ Going ‘out out.’ Boy, I hope no one has done any jokes about that. Especially not Irish comedian Micky Flanagan. Naw man. If Mel Brooks can write a movie making fun of Hitler like twenty years after the Holocaust then pretty much everything is fair game.

Probably. But those failings are usually technical as opposed to ethical.

Eddie Izzard put together two shows to celebrate the 70th anniversary of the end of World War II. One in Berlin and one in Moscow. He had one comedian from every country involved in the European theater of the war perform at the shows and I got to be the American. The Berlin show was hosted by Michael Mittermaier, a great German comic, in front of a few thousand people. Given my heritage – I’m a big ol’ Jew – It was incredibly special. This answer is painfully earnest. Sorry.

Find Alex Edelman on the web - 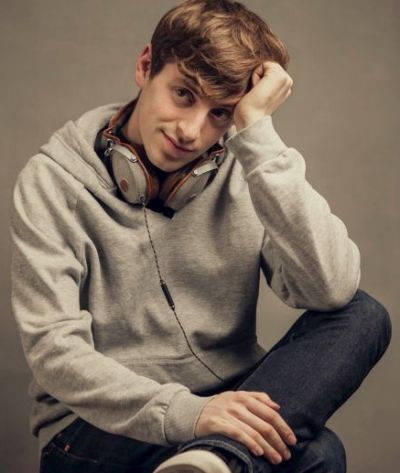 Find Alex Edelman on the web -

The best review was from a punter at T in the Park who told me I was “less than shite” and the worst was from his brother, who loudly disagreed with him.