I quit stand-up in 2011. Now, seven years later, I tell stories about what happened after that: broken dreams, death, getting alopecia, and other hilarious topics. It’s a mix of comedy and not-comedy, and it’s the first time I’ve stood on stage and told personal stories from my life. I hope it’s not insanely boring for audiences.

I was an International student at the University of North Carolina, and after graduation in 2003 I drove up to New York City after booking a five minute open spot at Hamburger Harry’s in Time Square. I have no recollection of what material I did. The whole night is a blur. I remember having a lot of energy though and bouncing on the floor on my butt pretending I was a dog?!? I think I was quite optimistic at the time. That all changed.

These days I rub my arms and tell myself to forgive myself, and to just learn from the show. It must look like I’m cuckoo.

My best review said I was a “star of tomorrow” (which didn’t come true and probably wasn’t true), and my worst review said that I was “overhyped,” which hurt, but was probably also true. So I guess they really just cancelled each other out and the universe went back to equilibrium.

I think it’s inevitable I will see the actual star ratings because of twitter and what not, but I try not to read the content of the reviews until after the festival. Reading reviews can only mess with my monkey brain.

Performers have to do their thing, and reviewer’s have to do theirs. it’s just one person’s opinion, and if the show is good, most people will come anyway I feel. If you’re doing a show to try and get good reviews, you’re already fucked.

I avoided law school precisely so I would never have to answer questions like this.

“Don’t incite violence and hatred” is pretty much the only rule I have in my head. Other than that, I think offending people is cool.

I’m not funny a lot of the time. Often that seems to anger a lot of people just as much as saying something controversial.

I like most new material nights, because that’s when I feel like I’m really taking risks on stage, feel a little scared, and audiences are forgiving as well. That dynamic always feels nice. Like a healthy and happy family we all wish we grew up in. I also made out with a really really pretty Irish girl in Dublin after a show because she thought I was funny. That was great too I guess.

Find Arnab Chanda on the web - 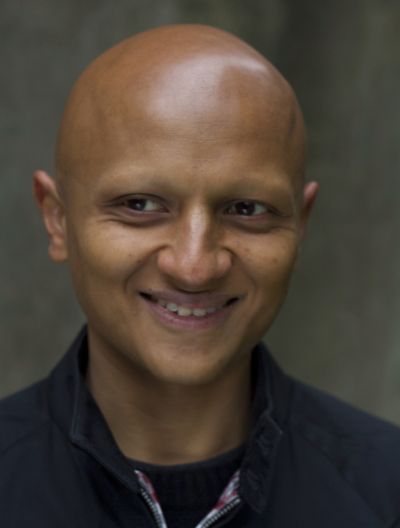 Find Arnab Chanda on the web -

My best review said I was a “star of tomorrow” (which didn’t come true and probably wasn’t true), and my worst review said that I was “overhyped,” which hurt, but was probably also true. So I guess they really just cancelled each other out and the universe went back to equilibrium.