Well, this is personally my favourite show that I’ve ever done, but I would say that wouldn’t I? It’s funnier, smarter than I’ve ever been before, and actually means something. It’s an hour of biting, provocative, unflinchingly funny comedy where I explore my deepest and darkest thoughts, exposes my flaws and interrogates his personal connection to Grenfell Tower.

It was underneath a pub in Westminster, loads of my friends came along and I was total shit, but somehow managed to do alright (maybe because I’d brought half the audience? Nah, must have been my obvious and illuminating talent).

I have a little scream, make sure there’s nothing in my teeth and try to remember how to walk properly. Oh yeah, and think be funny.

A man in Nottingham once tweeted me to tell me I was so unfunny that he hoped my whole family died. I actually thought the gig didn’t go too badly.

I always say I won’t, but you’ll find me at a screen red-eyed and refreshing constantly at some point in the festival.

I’ve realised they’re not for me. I like the good ones (or at least the ones that I feel are fair) and have less time for the ones offering an opinion purely because they think they should.

I don’t know, maybe. I don’t have enough understanding of what happened to say properly, but I don’t think it comes down to the “free speech” issue. Of course you can say what you want, but then you’ve got to deal with consequences.

I don’t think so no. I think it’s always about the intention and the angle that someone goes at a subject from.

Oh yeah, definitely. I’ve never intended to intentionally be horrible, but at times (early on) I’ve been attempting to say something and haven’t learnt the skills to get across what I wanted to.

There’s been a lot. I think the best gig of my career wasn’t the one where I did well, it was the one where I realised that this was a viable form of expression and that I am capable of doing a good job of it.

Find Archie Maddocks on the web - 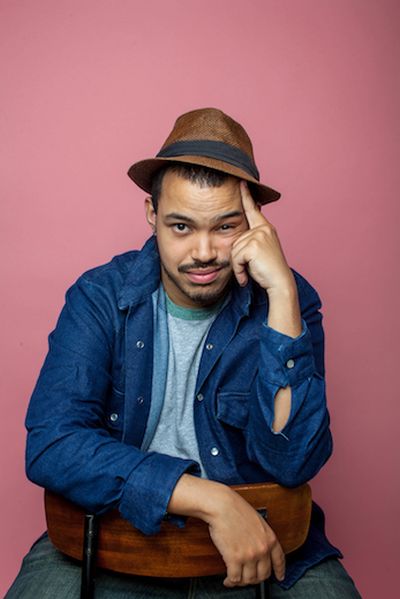 Find Archie Maddocks on the web -

A man in Nottingham once tweeted me to tell me I was so unfunny that he hoped my whole family died. I actually thought the gig didn’t go too badly.