My Edinburgh show is called “Prophet” and has some funny comedy routines and approximately four comedy songs. It’s called, “Prophet” because I’ve always know that is what I’m going to call it. I’m hoping the show will be really funny and that people will enjoy it. This is my eighth Edinburgh show and according the first website I looked at when I googled, “significance of the number 8”, 8 is the number of resurrection and regeneration, which considering my previous experiences at the Edinburgh festival is just as well. I guess one theme of the show is that I’ve had some therapy this year to try deal with my negative thought patterns, which I imagine will show themselves throughout the rest of this Q&A.

My first ever gig was in 2004 aboard the Wibbly-Wobbly Boat in South London. The legendary Malcolm Hardy was MC, and after I cam off said, “Was that really your first time?” I said “Yes” and prepared myself of encouragement and praise. He said, “Yeah, I thought it was.”

Before going on stage, I usually drive from my home to wherever the gig is being held. I find this really prepares me well for getting into the right “space” for the gig. When I arrive I look at the room and think off all the possible problems which it presents.

At first I was going to say that I’ve never had a good review. Now I think about it I realise that this isn’t true, but rather that I never think about the good ones, have written them off as irrelevant and mistaken. In my mind and they have been upstaged by the negative ones, many of which I can recite extracts of word for word.

I can think of the funniest bad review I’ve had. It was from Broadway Baby in 2013 (2 star). That year my show was called, “Gareth Goes Electric” making reference to when Bob Dylan “went electric” going from using an acoustic guitar to an electric guitar. I do some musical comedy in my shows and in that one I started out using an Omnichord (the reviewer called it an Electro-chord) and then changed to the newer “Q-chord”, basically going from one plastic instrument to another, both of which were electronic. That was my, “going electric”. I hope you understand that I am a comedian and so do things for comic effect, so when I liken myself to Bob Dylan perhaps I’m not claiming that my show will have the same cultural impact as his shows, and indeed that I think the comparison is so lofty that anyone would understand that it is a joke. The reviewer wrote, “Though comical titular musical comedian Gareth Richards’ own Going Electric is amusing, you suspect it is unlikely to be one viewed with quite the same historical significance.” I’m happy with “amusing” in fact I’d argue that this was the aim of the show, but I worry was unfairly penalised for not having enough, “historical significance”.

I have no bad feeling towards to reviews. I love watching stuff and deciding what I think about it and telling other people what I think. However, I’ve found that in Edinburgh as a performer, reviews are not productive for me to read.

I don’t know if he committed a criminal offence I’m not a lawyer. However, I personally would not do what he did. If I had a girlfriend who had a pug dog, I would not train that dog to do a Nazi salute with it’s paw in response to the phrase, “Gas the Jews”. And frankly, I’m tired of having to tell people that.

Yes. I’ve said things to unruly people at comedy shows which I regret.

I once did a gig at the RSC Courtyard Theatre in Stratford-Upon-Avon with Russell Kane. It’s a theatre which is usually dedicated to Shakespeare and I think it was so good because firstly, it’s such a perfect performance space and secondly, Shakespeare really lowers the bar for what audiences are prepared to laugh at.

Find Gareth Richards on the web - 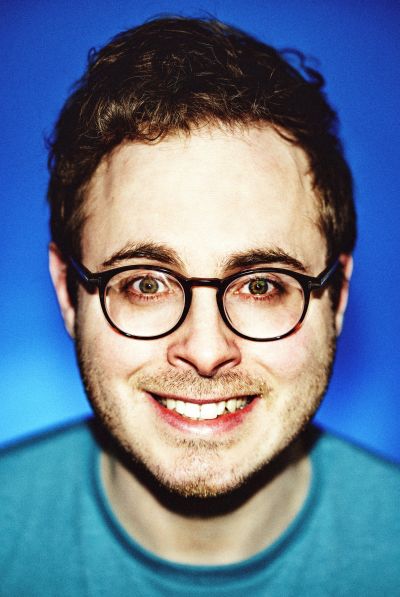 Find Gareth Richards on the web -

I never think about the good reviews, I have written them off as irrelevant and mistaken. They have been upstaged by the negative ones, many of which I can recite word for word.