Tell me about your Edinburgh show.
It’s my debut show so it’s basically an introduction to me, a sort of beginner’s guide to Jake Lambert. It’s also about me finding myself living on my own for the first time in my life and how I coped (or didn’t) with that. I also cover such hot topics as hairdressers, dinner parties, ghosts and being an uncle.

Tell me about your first gig.
It was in a room in the back of a pub in London, I told one-liners which were all just my favourite tweets that I’d written. I’ve since heard from people in the audience that my trousers were slowly falling down and I was clearly too nervous to do anything about it.

Do you have any rituals before going on stage?
I make sure my watch is set to 00:00 so I can start the timer and after hearing feedback of my first gig I now tighten my belt. I remind myself to be calm as I always have more fun when I’m relaxed. I always have matching boxers and socks with the logos on each sock facing outwards, but that’s the same whether I am gigging or not, so that one is more of a life ritual.

Tell me about your best and worst review.
Can I not do that? I’d hate to now look up my worst review and feel rubbish about myself and then try and balance that out by gloating about how great one individual once thought I was. One reviewer did once describe me as being like Russell Howard simply because I was wearing a T-shirt and jeans, make of that what you will.

During this Edinburgh run, do you plan to read reviews of your show?
Absolutely not. Imagine having to read what every single audience member thought about the show, it’s an identity crisis waiting to happen.

How do you feel about reviewers generally?
I’ve never properly met one, I’ve seen them from a distance, and they seem fine, as long as they remember that we’re just doing something we love that makes us happy and the reason we’re doing that is to make other people happy then that would help everyone.

In April 2018, YouTube comedian, Markus Meechan (aka Count Dankula) was fined £800 for training his girlfriend’s pug dog to do a Nazi salute with its paw, in response to the phrase ‘Gas the Jews’. Do you believe Meechan committed a criminal offence, and why?
If he was fined £800 then it sounds like people with a lot more authority than me think he did commit an offence, so my opinion doesn’t really change anything, if I say no does he get his £800 back?

Are there any subjects that are not suitable for comedy?
No, there’s the obvious topics that people say are contentious, for example Cancer, which isn’t a particularly nice topic, but if a comedian has gone through it and they want to talk about that, and can make jokes about their experience in a personal and inoffensive way that doesn’t upset or anger people then that’s very brave and brilliant.

Have you ever gone too far?
Yeah, I once missed my turning by 4 junctions on the M1.
I also once drove to Stoke and back for £40, that was definitely too far.

Looking back over your time as a comedian, tell me about the best gig of your career.
It was actually just the other day, I was doing a preview of my show at the open air theatre in Brighton, and having worked on the show and come up with an idea for it the day before I felt very excited to try it. The audience were so lovely, and warm and friendly and I had the most wonderful time. That’s probably my favourite, or the one that currently comes to mind anyway.

Find Jake Lambert on the web - 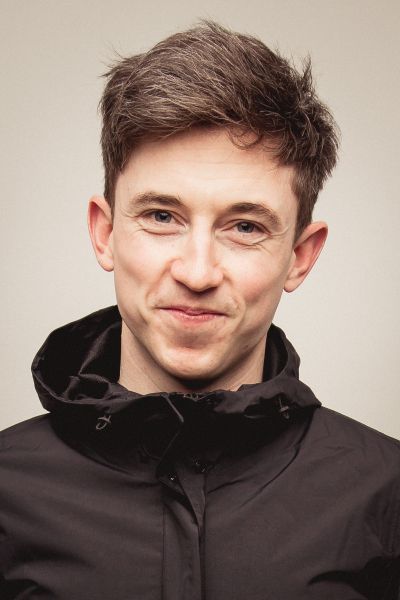 Find Jake Lambert on the web -

One reviewer did once describe me as being like Russell Howard simply because I was wearing a T-shirt and jeans, make of that what you will.