Tell me about your Edinburgh shows.

At lunchtime I’ll be reprising ‘Old Jewish Jokes’, a comedy story about a Jewish comedian censored by his own community. In the evening, an hour of straight stand-up entitled ‘Ivor Dembina Show’. I’ve advertised the second show as a mixture of new, old and very old material.

A five-minute spot on a Monday night at the Earth Exchange – a north London vegetarian café. Payment after the performance was a bowl of brown rice and green salad.

The review I liked best was in the Jerusalem Post, ‘Almost too true to be funny’. If I was reviewing myself I’d describe myself as ‘The Jew the yids love to hate’.

I don’t worry about the press. If someone gives me a bad review I get them sacked for being anti-Semitic.

Obviously yes, otherwise he wouldn’t have been found guilty. However, should there be an appeal I hope he wins it. The conviction is nonsense.

I once fell asleep on the bus. (My best joke)

Looking back over your time as a comedian, tell me about the best gig of your career. That first one at the vegetarian café. Thanks to the wages, I excreted after the performance too.

Find Ivor Dembina on the web - 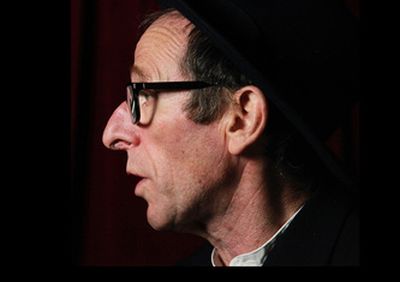 Find Ivor Dembina on the web -

The review I liked best was in the Jerusalem Post, ‘Almost too true to be funny’. If I was reviewing myself I’d describe myself as ‘The Jew the yids love to hate’.