My show this year is about my cat, most people think that it is a Euphemism for something, but it is not. A couple of years ago I was looking into getting a cat and I was surprised how difficult it was to acquire one. So my show is all about the funny adventures I have had in the last few years of my cat ownership, it really involves adoption, Cat napping and a murder, I’m not joking either.

My first ever gig was way back in 1999 in a rundown comedy club in Vancouver Canada. It was on an amateur night and I was the third comic on the show. There was a rowdy group of soldiers in the crowd but somehow, I did ok enough to do it again.

Right before I go onstage I like to have a quiet moment to myself and maybe I pace back and forth a little to get the blood flowing. I don’t like silence, so some music or clapping is best to come up on stage to.

We get reviewed by every member of the audience every time we go on stage. Broadway Baby always hates me… I just do not click with them… they said that my Cat subject was my “Lazy crutch”. Most of their reviewers are young and inexperienced, if I’m not their cup of tea that’s fine by me. The best review I ever got was Chortle which said I had “a wealth of jokes and off the cuff remarks.” I’ve had plenty of reviews and most were positive so over all I am ok with them but when it comes to stand-up the crowd makes a big difference, so a bad crowd can affect a good show.

I would rather not read any reviews during the festival there are already a lot of things going on I do not need one more thing to do but you cannot escape them. Often you will get an email from a friend saying hey nice review or ouch this guy hated your show, it is part of the business but overall I dislike it.

Reviews are a real pain in the arse.

As far as the Markus Meechan thing goes it is not my area of expertise so I’m not sure how I really feel about it.

I have gone too far many times I think what I have to realize that some of the jokes that we laughed at 20 years ago are not the same as we laugh at today. So, it is important to stay relevant and also remember there is a time and place for everything.

It’s to hard to pick my best gig of my career, my first time I headlined was a great one it was also on my 30th birthday. I love going up to Edinburgh and doing shows for an audience that appreciate it. Sometimes I love doing it for an audience that didn’t appreciate it. I got to perform on the same night as Robin Williams twice so those were great shows. I will only say this I suppose I never want to have the best gig of my life because then all the gigs after that would be a let-down.

Find David Tsonos on the web - 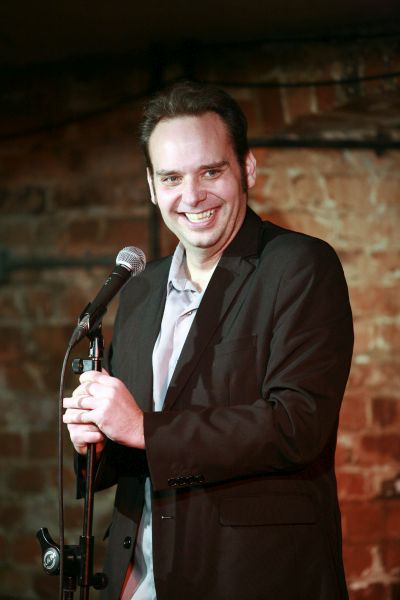 Find David Tsonos on the web -

Broadway Baby always hates me… I just do not click with them… they said that my Cat subject was my “Lazy crutch”. Most of their reviewers are young and inexperienced, if I’m not their cup of tea that’s fine by me.