It’s a character comedy show about masculinity, shyness and bravery. Every day the audience throw me a surprise birthday party, and I play a few of the different men who arrive. There are lots of props and costumes, and most of it is an incredibly silly waste of everyone’s time. I inhale a couple of helium balloons and an audience member beats me with a bat. That sort of thing.

A comedian came to my uni to put on a comedy writing workshop and there was an open mic night at the end of it. The Stephen Lawrence case had just been in the news again, and so I did five minutes on how police commissioner Cressida Dick has a funny name. I thought it went well but it probably didn’t. I bumped into that comedian who put on the workshop in Edinburgh a few years later, and I thanked her for getting me into comedy, and she said “okay well I probably got paid for it anyway” and walked away. Cool!

I stressfully and hurriedly struggle to set up all of my props and costumes in my allocated 15 minutes of get-in time, and then I have a few awkward interactions with audience members, which I’m convinced will have turned them against me and make them hate the show, and then I remember a prop that I’ve forgot to set up, but it’s too late to fix now, and so I call myself a stupid, stinking piece of rubbish under my breath and walk out on stage!

Best: a nice four star review from Broadway Baby. Worst: there was one from Edfringe Review that called me ‘commendable’ twice but also didn’t commend anything I did.

A very practical answer is yes, I have to, because I’m self-produced, and so if I don’t tell people about my stars and pull quotes literally nobody else will. It would almost certainly be a better idea not to though.

There are a handful of good reviewers who have seen hundreds of comedy shows and know what they’re talking about, and then the rest of the time it’s just a uni student’s personal taste. Last year a reviewer came up to me after reviewing my show and asked if I wanted to go watch a show with him. I should have gone, I might have got an extra star.

Oh boy, what a big question for little old me. I think it was probably just a terrible joke, rather than hate speech.

Nope, it all depends on framing and context. I have no interest in the sort of comedy that usually calls itself ‘edgy’ though – I think it’s important for comedy to be kind-spirited.

I had some really fun gigs doing the BBC New Comedy Award, and a few of my shows at Edinburgh last year felt great.

Find David McIver on the web - 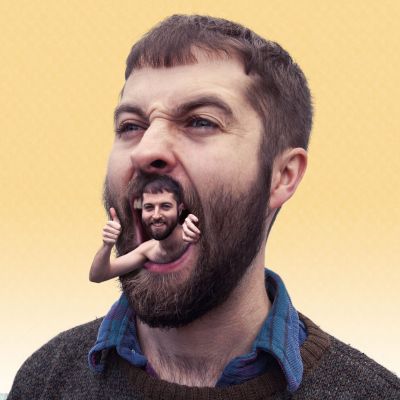 Find David McIver on the web -

There are a handful of good reviewers who have seen hundreds of comedy shows and know what they’re talking about, and then the rest of the time it’s just a uni student’s personal taste.