It is a stern inquisition into my various insecurities about commitment and personal growth, softened up with some lovely observational fluff (headphones, haemorrhoids etc). I’d like to think it’s got real potential, but it’s still very much in the panicked planning stage, so I’ll be spending most of the next month in public libraries and artisan cafes trying to bash it into shape.

At Oxford’s Corner Club (now closed), a 5 minute audition spot for the city’s main comedy night, the Free Beer Show (now closed), which I then performed at the following term before going on to set up my own gig, the Ministry of Mirth (now closed). It gives me enormous pride to have spread my nervous, shambling, anecdotal seed across so many of these soon-to-be-deceased establishments while studying at the university, which I’m proud to say is still going strong to this day.

I take a deep breath to prepare myself for the 20 minutes (even worse if it’s an hour!!!) I’m about to spend away from my phone, and fire off a few texts to various whatsapp groups / estranged university pals / secret crushes to make sure there’s a big dump of red notifications waiting for me when I get back.

The journalist Paul Fleckney wrote an extremely kind review of my second Edinburgh show, for which I remain pathetically grateful to this day. Other comedy critics have been harsher (but usually fair) over the years, but the most damning reviews ever came in the form of tweets I received after gracing/ruining the talking heads show “Football’s Funniest Moments” in 2014, all of which posited not incorrectly that my contributions had actually made many of the football moments less funny.

To pretend otherwise would be disingenuous, and I have absolutely no interest in listening to comics talk about how important it is not to.

A valid and important part of this industry, doing their best to survive, like the comics themselves, in an increasingly crowded pond. Those student ones that give everyone 5 stars to get their name out there can absolutely go hang, though. I like to see Edinburgh posters uncluttered with stars, and have been doing my best to lead by example since 2013.

I do not believe he committed a criminal offence, but as one of these hypocritically reactionary lefty snowflakes you get now, I have limited sympathy with the Count, or anyone who finds the video funny. And yes, I will be publishing this white-hot take online, just as soon as I can train my aunt’s Basset Hound to mime along with it.

I fell asleep on a train to Yeovil once and had to get a taxi back to the gig from the village of Whimple. Oh, you mean too far in my subject material?! I’m afraid to say I knew exactly what you meant, and my dodging of the question should tell you all you need to know about my propensity for “edgy” comedy.

I’ll never forget the, So You Think You’re Funny final in 2009. the first time I’d begun to remotely consider the possibility of this being my career. Needless to say, the decade since has featured innumerable gigs which have suggested otherwise.

Find Ivo Graham on the web - 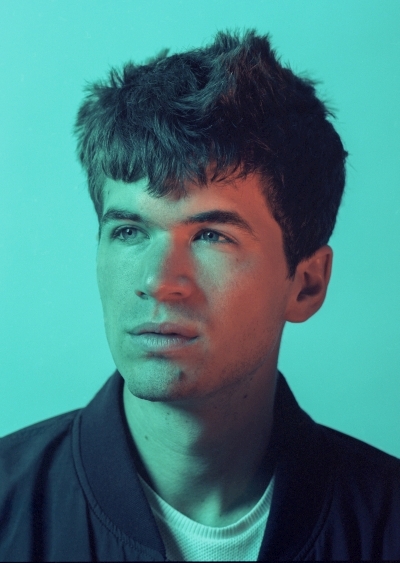 Find Ivo Graham on the web -

I like to see Edinburgh posters uncluttered with stars, and have been doing my best to lead by example since 2013.