It’s called Happy Hour. (At the moment it’s neither) it’s my first hour, it’s loosely about my alcoholism but it’s primarily all my funniest material.

My first gig was a chortle student heat. I won it. Once I’d entered I knew I wouldn’t be able to chicken out. The lineup also had a young Mat Ewins, Fin Taylor and Phil Cooper so it was a decent line up of amateur student comedy.

Do you have any rituals before going on stage? I don’t like looking at the room before when it’s empty and filling up. So if I can avoid looking at them until the gig has started then that’s good.

Both the same review. I was representing Wales in a thing called Funniest Person in the World at The Laugh Factory Los Angeles and Richard Lewis from a Curb You Enthusiasm said I have ‘a great low key presence, tremendous confidence, great writing, I don’t know how many comedians there are in Wales but I think eventually you’ll be the Woody Allen of Wales’. Nice thing to say, can’t use it in quotes anymore, it suggests I have some unfavourable hobbies.

I’ll skim them, see if I think it’s gonna make me cry and if not I’ll read it.

Reviewing is a form of entertainment just like any other. So, like comedians, there are good reviewers who are genuinely entertaining with a unique point of view and there are reviewers who needn’t bother.

No it’s not a criminal offence. People mistake what free speech is. It doesn’t mean you can say whatever you like without consequence, it means you can’t be legally prosecuted for saying something. You can say something disgusting and free speech means you can get fired, you could get punched in your stupid face, but you can’t go to jail for it and that’s important.

The more unsuitable the subject, the funnier the joke has to be. If you can write a brilliant joke about it, you can talk about whatever you want.

Oh yes. I did a gig at Machynlleth festival where a comedian does their set in Welsh and another translated it into English simultaneously. Karen Sherrard played her old welsh lady character and my welsh is ropy at best so I started transcribing a Chris Rock routine off my phone. It was funny but there are some words Chris Rock uses that I as a white man cannot. Luckily no reviewers were there to see it or that could have been bad.

I open for Tig Notaro at Shepherd’s Bush Empire and looking out into the audience I could see, Daniel Kitson, Julia Davis and Julian Barrett in the audience. That was surreal. I did Latitude festival and I was on before Dylan Moran so there were thousands there. No one had a clue who I was. It was terrifying; I loved it.

Find Matt Rees on the web - 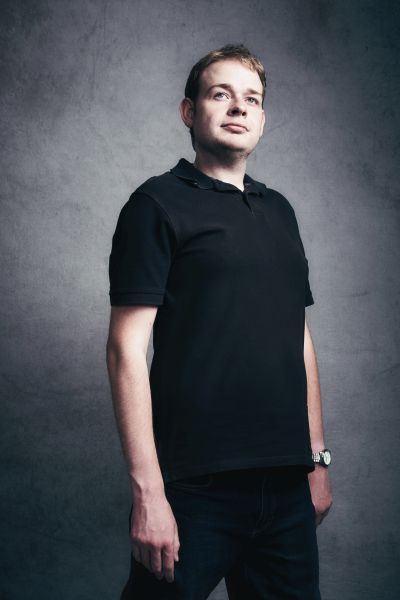 Find Matt Rees on the web -

Reviewing is a form of entertainment just like any other. So, like comedians, there are good reviewers who are genuinely entertaining with a unique point of view and there are reviewers who needn’t bother.