A Piggy Interview WithStruan Logan (Struan all Over the World )

It is an hour of storytelling about me backpacking through Australia, New Zealand and South East Asia for 18 months. Telling stories about road tripping through the outback, how North Korea inspired me to travel, performing in comedy clubs in Hong Kong, Thailand, Singapore and Malaysia doing jokes in the latter about Islam with a Muslim majority crowd.

The gig was in Edinburgh at the formerly shittiest bar on Cowgate called Rush. It was the night of a World Cup Semi-Final between Germany and Spain and the only people in the gig were Spanish football fans. The game went into extra time and the bar of course prioritised the main reason people were drinking alcohol in the bar over comedians who brought no audience and were holding glasses of water. Spain scored and these guys were so jubilant their country had finally made it to their first World Cup Final ever but their celebration was short lived. When the final whistle blew the TV was abruptly switched off and some random stranger stood on a stage shouting, “Who’s ready for some comedy?!”

They did not appreciate our attempts at jokes.

I’m currently trying to do less rituals and go on stage as loose as possible and trying not to be scripted.

However when I’m doing proper new material I go back into my old habits of talking through what I am going to say and a lot of nervous peeing. I get funny looks when someone catches me talking to myself at a urinal.

My favourite two were this year at Fringe World in Perth.

“Logan is adorably goofy, his story is relatable and light-hearted. If this show does not persuade you to go backpacking you are probably dead inside.”

“The long-winded storytelling made it feel as if the punchline was never going to come.”

The reason being because both of these reviewers saw the show on the same night sitting one row apart. It reminds me that not everyone is going to enjoy my material and far better than two 3 star reviews.

Of course I am!

This is my first Edinburgh Fringe and I’m not spending £2000 on a PR. If I want reviews I have to arrange them myself, hope they come along and if they do spend days refreshing the website until it comes out. Then I’m going to read that review several times to see if anything remotely nice is said about me and if there is I’m going to find the best short sentence and get it printed onto hundreds of pieces of paper to staple on flyers. I will then use that as proof to tell strangers in the street a random person, who writes for a website they’ve never heard of, thinks I am serviceable at comedy.

I may be a broken husk by September but at least the world will know if I managed to achieve the greatest success of all: a mildly positive quote from Broadway Baby.

I quite like them, they aren’t wildly different from comics. They are fellow comedy fans who have a large enough ego to think their opinion is worthwhile to write reviews about us but not quite enough to show off on stage about it. Out of the critics I’ve met so far they have had a higher strike rate of being nice people who are open and welcoming compared to the number of comics I’ve met. However the toxic mix of the open mic circuit and online comedy forums is a potent enough poison to turn the Dhali Lama into an embittered prick, complaining in car-rides that The Stand won’t book him.

I am very good friends with former comedy reviewer and magnanimous provider of 3 star reviews with unpullable quotes Niki Boyle of The List/Time Out and I often bring up his 2.625 star Fringepig review.

“I wonder whether Boyle was born and raised in Disneyland, that the Fringe carnival is so far below his expectations every year, or why he still bothers with a job that leaves him so flat. Perhaps it’s normal for him. Perhaps his body doesn’t produce enough dopamine, causing him to live a perpetual 2.6-star existence.”

He is a far happier person than his online persona makes him out to be. In exchange Niki does give me shit for a quote he gave me before we became friends, “Struan doesn’t give out childish sugar-filled bribes.” because this technically was not a review, it was actually a blog he was doing about bribes given to critics but I still used it since it was my only serviceable life-raft of professionalism for far too long.

I don’t think making it a crime to for someone making a bad attempt at a joke is going to change things. There have always been twats in the world, why do we think silencing them will change things now?

The way the case has been handled is dangerously shallow. It has meant horrible people like Katie Hopkins and the EDL prick in jail (I’m not going to google his name) are given a platform due to our dying shitty media needing an ‘argument’ in a desperate attempt to generate views, hits and social media content by posting badly thought out tweets giving no nuance.

If you look at Count Dankula’s crowdfunded appeal it has raised £200,000, far more than its initial target of £8000. A lot of the donations are from various countries that aren’t as privileged as us in terms of free speech. We don’t know how lucky we are in this country to be even having a debate to limit what can be said. I had the opportunities to perform in fantastic countries but you do shit a brick when you are told your set could be watched by content police.

Markus Meechan may have made an unfunny joke but it will be remembered in history better than most of us. No matter how many stars we get from Broadway Baby.

Nope. Anyone can talk about any subject in a comedic form, they just have to know where they are coming from, make sure audience understands and trusts you and write some damn good jokes to boot. When a big-name comic tells a badly thought out joke then publicly apologises for the offence it caused you can tell they are not just spineless but also hire shitty writers.

When I first tried to be a comic I was a 20 year old history student with a sheltered upbringing who had just discovered Noam Chomsky and watched a lot of Bill Hicks, George Carlin and Doug Stanhope. Imagine on stage a guy that is described by his friends as like Winnie the Pooh trying to drop some serious truth bombs. It was not a good fit.

I had someone pull a knife on me during a gig.

For those who are thinking it was somewhere rough like Glasgow or Liverpool, it was actually in Islington at The Bill Murray. I was doing a WIP in January and throughout the hour this guy keeps piping up who was Swiss and clearly pretty unhinged, constantly trying to be part of the show. I try to keep him quiet several times but it only works for a short periods. About two thirds into the show I say, “Mate I want to throw you out of the venue but you look so crazy you look like you’d stab me with 7 different implements on the same knife.”

The Swiss guy then grins, “I actually do have one!” And reveals this huge switchblade – note to comedians this is an excellent way to jolt an audience out of a 40 minute lull.

I knew his intent wasn’t to stab me, this guy genuinely thought by doing this he was being funny. You could see it through those very non-sane eyes. So I defuse the situation by going, “To be honest mate I am more used to playing middle class festivals where the audiences are armed with bigger cheese knives than that!”

The gig ends and the only person who hangs around after the gig is the knife wielding Swiss and asks, “I want to be a comedian too. Can I have your number and you’ll give me some tips?”

The reason why I am so proud of this is because it made me realise I was properly a comic, not because I was able to deal with a knife-wielding audience member without the audience panicking. Mainly because I could read a fellow desperate comedy wannabe from a crowd.

Find Struan Logan on the web - 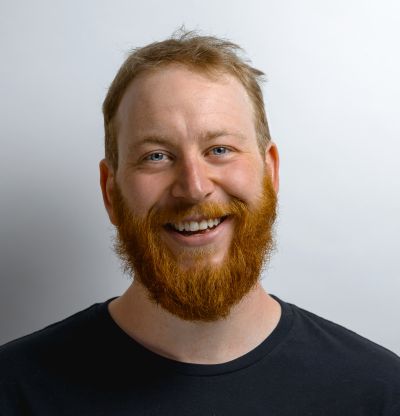 Find Struan Logan on the web -

I may be a broken husk by September but at least the world will know if I managed to achieve the greatest success of all: a mildly positive quote from Broadway Baby.