It’s stand-up storytelling that stems from the idea that we’re all product of circumstance, whilst evaluating the idea of memory, through looking at my grans recent dementia. If that’s not a funny hook, I don’t know what is! Seriousness aside, I built this show to be joyful, I just want people to come out feeling good, having laughed (ideally lots) and feeling okay about some of the heavier stuff in the show.

Camden Head (then the Liberties Bar) Grainne Maguire invited me along after chatting to her a week before when I was scoping it out. I was absolutely nervous as hell, adrenaline shaking my legs apart. The mic lead fell out as soon as I picked it up, my material went out of the window in place of desperate improv, but got it together and as far as first gigs went, I did just fine. Rob Broderick (who was there), told me years later that Ed Sheeran was in the audience. I think I changed his life and career.

Nope, I try to keep my mind off it at bigger gigs by talking to people. I am certain this isn’t great for other acts.

Worst review is a one star from the List. It always hurts a little bit, but people call it as they see it (you hope) so you just move on. The bad ones are the ones that stick though. I’ve only ever had that one, one star. It’s a bit of a badge of honour, there’s something better about someone absolutely hating what you do than just not thinking it’s very good. I couldn’t tell you my best review (I just have SO MANY), I know I’ve been dining out on a few quotes a little longer than maybe I should though, haha.

I won’t seek them out, but it’s hard not to read them. Often they find you, if you’ve had a good one people quite often say well done, if I personally have a bad one it seems my Mum will have found it and messaged if I’m alright (that’s how I learnt about my one star, haha, bless).

Absolutely no problem with them, in fact I actively like some. People call it as they see it and the longer they’re around, the more they have to call it on – you’d assume. But it’s all subjective so it’s not something to over think.

I don’t honestly know the case well enough to give you an opinion on the criminality of it, but I think a lot of it would boil down to intent and delivery. The bottom line, is it funny? If you find it funny, what is it that’s making you laugh? Because, from what I tell, there’s nothing there to suggest it’s anything positive or in good taste.

No. But again it all comes down to that little thing we’ve mentioned before – subjectivity. Context and intent is everything. Richard Prior could make the darkest parts of his life funny, for example. But it was his to do so with.

Yes. Many times. But not in bad taste. I once played Neville Longbottom in a Weirdos show. The idea was he’d grown up to be sexy (flattered) and I turned it into a cabaret act/strip show with an umbrella, a cape and a LOT of glitter.

God knows. I’m lucky to have a lot of highlights and even luckier to have forgotten a lot of gigs too. I loved walking out in the main room of Leicester Square Theatre with Weirdos as it’s the one room I think I’d wanted to play since I first started. Let’s say that.

Find Matthew Highton on the web - 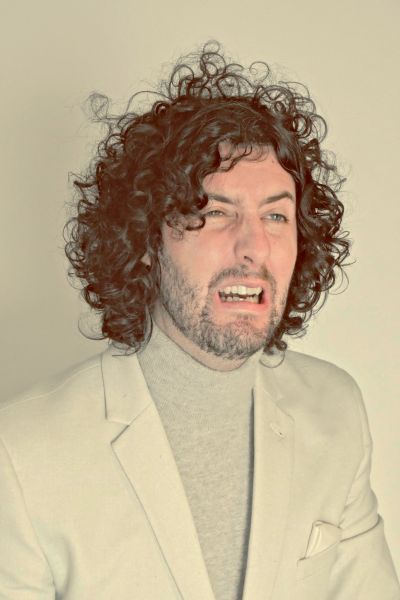 Find Matthew Highton on the web -

Worst review is a one star from the List. It always hurts a little bit, but people call it as they see it (you hope) so you just move on. The bad ones are the ones that stick though. I’ve only ever had that one, one star. It’s a bit of a badge of honour.