A Piggy Interview WithAlex Love (How To Win A Pub Quiz)

Tell me about your Edinburgh shows.

I’ve got two. One is How To Win A Pub Quiz, which is back for its fifth run. It starts off as stand-up, then turns into a pub quiz halfway through where the audience get into teams and compete.

Stop the Press, I Want to Get Off is about my time as a reporter for a local paper in a rural town, my desire to escape to something better and where my journalist experience has taken me since.

It was 2005 and I was 20 years old. The gig was at Havant Arts Centre and there were about 120 people there. I thought every comedy gig would be like this. Imagine my surprise when there eight people at the second gig I did.
My first gig was a bit of a blur. I’d been rehearsing my set for a couple of months, obsessively going over it. I probably only got one big laugh. I did five minutes, wasn’t holding the mic properly and it kept cutting out. That was a joke about failing to get a job at the Halfax because I couldn’t sing or dance. This very much Howard-era. Howard from Halifax, not Michael Howard.
It wasn’t until 2010 that I started gigging regularly.

Do you have any rituals before going on stage?
Writing out my set on some paper, then writing it again on my hand. I also usually need a poo, so may need to re-write my set on my hand afterwards.

Tell me about your best and worst review.
The worst review was for my first Edinburgh show in 2011. Our two-hander had the hilarious name A Mixed Bag and we’d also bring a bag on stage with a mix of stuff in it. Within a matter of days, we had a one-star review from Three Weeks. It really hurt at the time, but not only helped inspire Nigel Lovell’s Worst Show of the Fringe, where all the performers have had one-star reviews at some point, but also qualified me to do it. At one of Nigel’s shows in 2014, I got a really nice write-up from Copstick at the Scotsman.

During this Edinburgh run, do you plan to read reviews of your show?
Nope. I find it distracts me too much from my show. I also disable the comments on my shows just to stop me checking them compulsively.

How do you feel about reviewers generally?
There are two types of reviewers. Those who write positive things about me, and scum. But seriously, you can take a bad review two ways. You can either let it get to you, resulting in anger, bitterness or depression. Or you can choose to use it as motivation to improve.

In April 2018, YouTube comedian, Markus Meechan (aka Count Dankula) was fined £800 for training his girlfriend’s pug dog to do a Nazi salute with its paw, in response to the phrase ‘Gas the Jews’. Do you believe Meechan committed a criminal offence, and why?
If it’s a criminal offence to be a bellend, then yes. If Katie Hopkins and Tommy Robinson are fighting your corner, you‘ve probably done something awful.

Are there any subjects that are not suitable for comedy?
Some of my audiences may say giant squid after I’ve done my joke about them, but I don’t think so. It all depends what you do with it and your intent behind it.

Have you ever gone too far?
Some would say that my two sold-out runs at Edinburgh Fringe are me going much further than I have any right to.

Looking back over your time as a comedian, tell me about the best gig of your career.
Any number of my gigs in Stand 6 in 2016 or 2017 would qualify for this accolade. Outside of Edinburgh, Leicester Comedy Festival 2017 was one of my favourite ever gigs. I was about half an hour late for my show due to a combination of heavy traffic and poor time management. Fortunately, there wasn’t a show on after me. I had about five minutes to prepare when I got to the venue and I was having such fun pissing about with the audience that I over-ran by 15 minutes, meaning that I finished 45 minutes later than scheduled. I’m fairly certain the bar manager still hates me to this day.

Find Alex Love on the web - 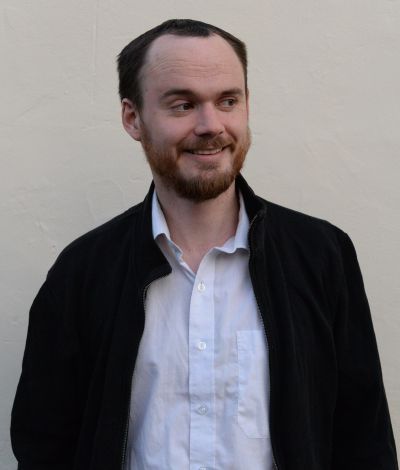 Find Alex Love on the web -

There are two types of reviewers. Those who write positive things about me, and scum. But seriously, you can take a bad review two ways. You can either let it get to you, resulting in anger, bitterness or depression. Or you can choose to use it as motivation to improve.