My Edinburgh show this year is called Best Dad Ever and it’s about my upbringing and family. I was different growing up and I just assumed that was because of being from a different background, but this is about how my family were just weird generally.

I signed up for stand-up on a whim and I was still quite shy. I remember being really nervous for the first 30 seconds, but I got my first joke out and it got a huge reaction and it was a lot easier from there. I think if it didn’t go so well I might not have had the confidence to keep going.

Nothing too set. I usually just rehearse the first 2 lines repeatedly as if I was on stage because my logic is if I get that part down, the other 200 lines will be fine (not usually true).

Worst review was the first time I did a long set I headlined a gig with three support acts and the reviewer ended with “I’ll take the 3 sides and skip the main”. The review was not that bad but I hate the fact that someone who thought that was a witty turn of phrase was allowed to judge my comedy. I don’t know if any review I’ve got has been particularly memorable as ‘best’ – weirdly though- my best review last year was on what I thought was my worst performance where I actually gave up trying half way through.

Yes, I can’t keep myself from knowing. I was disappointed with my reviews last year and that was tough, but it made me improve the show.

I guess they are just part of it. Reviewers are just another thing that you have to be aware of at the Fringe, but at the end of the day, the provide just another person’s opinion really.

I think both society and the whole legal system are still trying to catch up with the introduction social media is and won’t ever properly understand it, so we won’t ever be sufficiently able to say “this, this or that” should be criminal offences. I personally don’t think it should have gone to court but it’s also a very nuanced issue – we still don’t really know how the best way to react to this kind of situation is.

Potentially any subject can be a source of comedy, but that will depend on SO many factors, like who’s saying it, what their angle is, how knowledgeable they are, but also it depends massively on the audience.

When I was starting out yes. You gotta experiment to find where the line is. I used to be someone always trying to take on dark subjects. I don’t anymore because I’m a coward, but also because it’s not what everyone wants. Plus, there’s so much comedy you can do without going there.

In terms of personal satisfaction, my first heat in the BBC New Comedy Award. It was the first competition I did and the response was amazing, so it was a massive confidence boost. Until then I wasn’t taking comedy seriously either so it was probably the moment when I realised it was time to actually pursue this as a career.

Find Ken Cheng on the web - 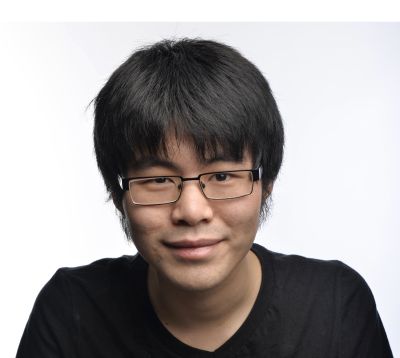 Find Ken Cheng on the web -

Reviewers are just another thing that you have to be aware of at the Fringe, but at the end of the day, the provide just another person’s opinion really.