It’s a little bit sad this year so bring your handkerchief. I have to leave Mr. Trombone and Chris becomes a gigolo to make ends meet.

It was at The Front Page in Carlisle with a calypso pop band called Snoopy on Sax. The night ended with me jumping around the venue inside a bin which really took it out of me.

I sometimes drink half my body weight in apple juice. I need the puppets all in the right areas, so they can be picked up and dropped at the right moment. I like to collect myself in a local park.

It was great getting five stars in The Stage for my play Jennifer’s Robot Arm. Everyone had worked so hard I even cried. It was not so great getting horrible reviews from a guy called Jonney Cigarettes in the NME back in the day (when I fronted John Peel favourites, Dawn of the Replicants. I’m not sure what I did to him to make him hate me so much. Thankfully it didn’t stop us getting a hat trick of singles of the week.

Yes. I always do I know you’re not supposed too but I have to look.

I think on whole they are nice people trying to get on with their own jazz.

If you do something like that you’re always going to get some heat.

It sounds like a sick joke that got too big.

There’s comedy in everything but I think it’s fairly clear when you have gone too far.

Yes but me going too far is more about been too odd or doing something for too long.

It’s hard to say if a gig goes really well I forget about it. So if it goes well there’s nothing to worry about – it’s like fresh air.

Find Mr Twonkey on the web - 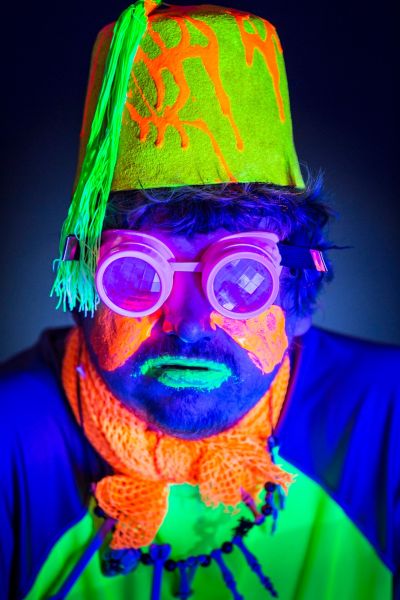 Find Mr Twonkey on the web -

It was great getting five stars in The Stage for my play Jennifer’s Robot Arm. Everyone had worked so hard I even cried. It was not so great getting horrible reviews from a guy called Jonney Cigarettes in the NME back in the day…