A Piggy Interview WithOlivia Rhee (Adventures of the Singing Acupuncturist)

It is a Comedy Debut: As per the Press Release, it is an hilarious hour of comedy, where Olivia entertains you with her Korean-American wisdom, and you will leave with a transformed mind, bigger eyes, and an open heart… a heart that is open to explore new experiences… like French Fries with Kimchi (she calls it…. Korean Ketchup)…

It was a one-woman musical called: Adventures of the Singing Acupuncturist: Olivia in Caledonia (2010). It had storytelling, singing, and some comedic moments.

No, if I remember, maybe I pray.

I had a good review… and some bad ones… do not remember what they said. Sorry.

No. I will after the run.

No opinion… I believe they are there to serve a purpose…

I think he might have offended the Jews, but don’t all comedians offend at one point?

I don’t believe so?

Not sure? My cousins were angry at me, as I might have pointed out a stereotype?

So far, my biggest gig was in Dublin, Ireland, when I was in front of about 50 Uni students… after the gig, two of them gave me a thumbs up, which was nice.

Find Olivia Rhee on the web - 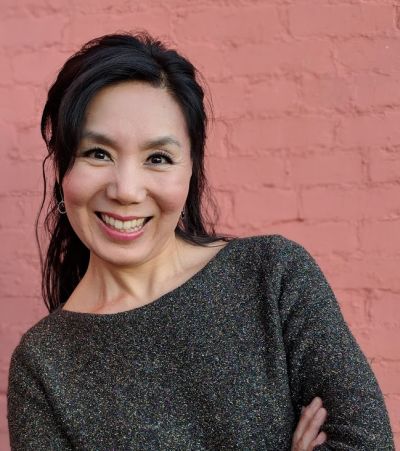 Find Olivia Rhee on the web -

I had a good review… and some bad ones… do not remember what they said. Sorry.