It is my tenth solo show in a row, so I’ll be discussing the changes I’ve undergone in that decade. There’ll also be some chat about the changes to the world in that time. It’d be a bit too self-indulgent to only discuss myself, so I’ll be mixing it up. The fringe has been the only constant in my life in the last decade, everything else has at times been chaotic so it’s nice to come back each year and do a roundup of where I’m at in a place I feel very comfortable. It feels like a catch up with an old friend.

It was terrifying, and I had written my set on my hand then before going on nearly soiled myself so had to run to the toilets but couldn’t wash my hand or I’d have lost my jokes. I went onstage and mumbled my way through five minutes of bad observations with a shitty hand. It was good enough that I wanted to do comedy again but taught me to just remember what I wanted to talk about rather than write it on me.

I get incredibly nervous for a very short period of time. It’s strange. I don’t get nervous at all in the run up to the show but all the nerves that should be there are squeezed into the two minutes before I walk onstage where I question every decision that has led to this point. I go through the possibility that it’’ be my last ever gig due to how bad it will be. Then I walk onstage, and all the nerves disappear and I love it again.

I can’t actually remember any sorry. I’m one of the rare comedians who genuinely doesn’t read them (a lot say they don’t but definitely do). I read them when I was new to comedy as thought it was what you were meant to do but they always annoyed me. Good or bad they would always say something I disagreed with in some sense, so I decided to stop reading them and found my general anxiety levels at festivals improved massively.

Not at all. I haven’t read a review of myself in maybe seven years and I don’t intend to start now. I also avoid reading reviews of other comedians as think it’s healthier to just avoid them all. It also makes the fringe more fun as everything I go to see is done with very little idea of what the show will actually include.

I’ve got no issue with them. I think they serve a purpose and a good one can help boost a show (as can a really really bad one). That being said, I do think comedians should try and avoid reading their own. I don’t think you can take anything good from it. If it’s good, it’ll only fan your ego. If it’s bad it’ll make you feel terrible.

I don’t know any of his work other work but based entirely on the video, I don’t think it should have been a criminal offence. I didn’t find the video funny, but he clearly set up the context of creating a Nazi dog at the start in a comedic sense, so I was aware it was a joke throughout. I was really surprised at the split amongst comedians on this subject. There were a lot of comedians who seemed to think he deserved prosecution for the video based on the company he keeps (there was a picture with Tommy Robinson and he was defended by Katie Hopkins). I abhor the views of all of those he was defended by but still think you have to look at the joke for what it was objectively and despite him being friends with insidious arseholes, I don’t think a joke should be treated without context.

No. There are loads of subjects I wouldn’t discuss because they’re not something I have experience of and I’m not sure I’d have the comedic dexterity to do them justice. Another comic with different experiences and a personal take on them I’m sure could do though.

I have done in the heat of the moment onstage. There have been occasions when there have been disruptive people in the audience and I’ve reacted badly. Normally I’ll deal with it in a measured silly way so as to keep it fun but a few times I’ve lost my temper and just said something really mean to them. Then I’ve had a week of guilt as hate losing my temper.

I had a gig a few months back at Up The Creek in London (which is an amazing club) that was one of those moments where everything clicks and for a period of time it felt like magic. I started a routine that the audience really got into but then it went off on a flight of fancy involving things that had happened at the gig that night. It felt like when a surfer can sense a big wave coming. In the space of five minutes we were all in hysterics (me included) as this weird angle the set had taken involved all of us. It is an amazing moment when it stops feeling like you as a comedian and the audience are separate and it feels like you’ve joined forces. I didn’t even do all the work, they absolutely helped me create that feeling. Those gigs happen now and again and when they do it makes it the greatest job on earth.

Find Carl Donnelly on the web - 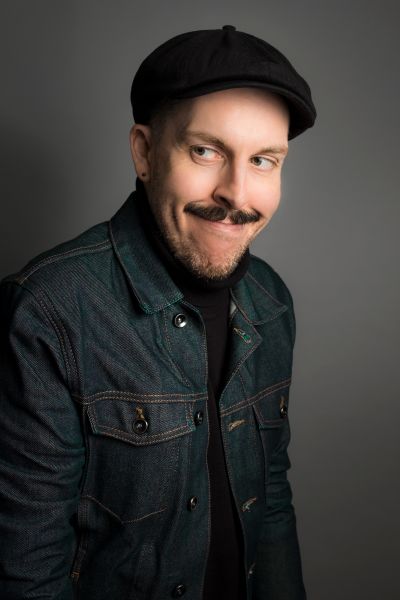 Find Carl Donnelly on the web -

I haven’t read a review of myself in maybe seven years and I don’t intend to start now.