It’s a journey through the warm, fecund fields of love that begins in a public toilet. I’m basically trying to evaluate my failings by talking about love. But with jokes.

Jesus. It was an open mic night where they don’t tell you when you’re on. It starts at 8pm and I eventually went on at 10:40pm. So I was shitting it for the entire night. Every time the MC said “next up is…” I crapped myself. So that for the entire night. I also got really drunk so don’t actually remember very much.

If I’m doing a lot of new stuff, then chain smoking and muttering to myself. I once tried a sort of meditation technique, but I realised just before I want on the fragility of the ego and the futility of stand up comedy. So now I just have glass of Pinot.

When I was in a band we were reviewed by Monster Magnet in Kerrang. They said “These guys need to know what it feels like to be fucked up the ass.” Which was charming.

Yes, sure. People come up to you after shows and tell you what they think, so it’s just that, but written down.

Good reviewers have seen a shed load of acts so are well placed to tell their readers if your act is worth the bum ache. But publications don’t usually have sufficient budgets to pay these sorts of reviewers. In principle reviewing is an important part of getting your show talked about. In practice, I’m not sure comedy publications have the finances to support the next Kenneth Tynan.

I don’t really know enough about the law. If saying ‘gas the Jews’ is a criminal offence, then yes (and he was saying it, not his dog). If it isn’t, then no. There’s a lot of misguided talk in comedy at the moment about free speech that uses a notion of freedom adopted from an American libertarian tradition rather than from a British liberal tradition – which is fine, so long as you understand that when you talk about freedom you’re using a very specific understanding of freedom. This right wing use of the term freedom is usually just a thinly-veiled means to give value to hate speech. Freedom is as much about protecting people from the tyranny of others as it is about protecting your right to open your mouth. And that Count Dankula is chummy with Tommy Robinson suggests the defence of “it’s just a joke” is utter bullshit anyway.

I always say “don’t punch down”. I reckon you can do a joke about anything or anyone so long as you stick to that. Otherwise it’s bullying.

I’ve had a couple of complaints from audience members. But I’m pretty sure I haven’t. You got to tread the line.

My first gig. I can’t remember all my mistakes.

Find Simon Jablonski on the web - 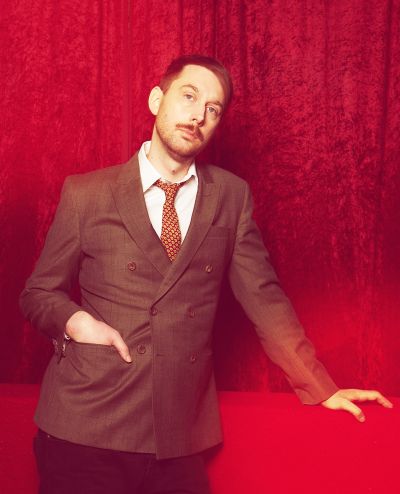 Find Simon Jablonski on the web -

When I was in a band we were reviewed by Monster Magnet in Kerrang. They said “These guys need to know what it feels like to be fucked up the ass.” Which was charming.