It’s about the best year of my life. Which began at last year’s Edinburgh Fringe. I’ve quit my day job to become a full-time comedian and there has been many other ‘You Beauty!’ moments along the way. It’s just easy, feel good comedy!

It was on 10th July 2012, at a pub in Tyldesley, just outside Manchester. After reading Frankie Boyle’s ‘My Shit Life So Far’ on holiday, I decided I wanted to have a go at comedy. I found the details of the weekly comedy night and emailed, thinking they would get back to me in a few months. I got a reply a day or two later inviting me down for 5 minutes the following week. I didn’t tell anyone about other than my girlfriend and one of my mates. He came and picked me up whilst I drank 5 panic pints and seriously thought about legging it out the fire escape. Luckily, I didn’t and it went well. I have been hooked ever since.

Empty my pockets. Nothing too major, I don’t think that kind of stuff does you any good. In Edinburgh last year I had a good show after a vegetarian breakfast and turned veggie for 5 days.

Somebody once described me as the type of person that you’d like to have a pint with. For me, it doesn’t get much better than that. That sums up exactly what I try to come across like on stage.

My comedy was described as ‘pedestrian’ which I think means boring, but I also think it was the reviewer trying to get their own little joke in because I was talking about my job, walking round being a postman.

Probably, it’s not the end of the world if you get a bad one. Every comedian has had shit review at some point. (Fast forward a month to me packing my bags and cancelling the rest of my shows during the the first week because  ‘people don’t understand my art’ haha)

They’re doing a job. I don’t write shows to get brilliant reviews. I’ve write them to tell stories from my life and most importantly, make people laugh. If I had a pound for every time I’ve watched something and thought it was absolutely brilliant, but a reviewer has given it 2 or 3 stars, I’d have at least £18.

I don’t know anything about this. I saw the clickbait and didn’t click it. Not for me, thanks!  I prefer to use the internet for much more highbrow stuff like watching forklift truck fails on YouTube and signing online petitions to get Brookside back on channel 4. I bet he isn’t a comedian though.

I don’t like anything that is directly nasty to a person or group of people. For me that is the worst. People trying to be edgy, but just being shit and hateful… bore off, you rebel.

I thought Plymouth was near Peterborough and agreed to do a gig there the same day I got back from a 4-day stag do in Magaluf, that was definitely (290 miles) too far. In terms of my comedy, no. I’m just telling some funny stories about some funny stuff, I’m not trying to push boundaries or change the world.

After Edinburgh last year I got to do a bit of a northwest homecoming show at The Lowry, which soon became 2 shows after the first sold out. Both shows were brill and there was a lot of great support from familiar faces on both nights. It was a special milestone and made me feel really lucky.

Find Chris Washington on the web - 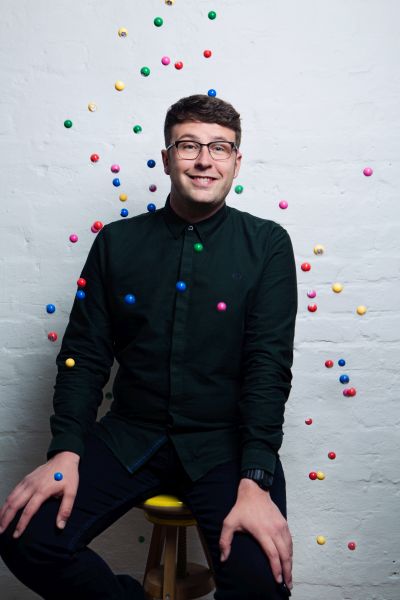 Find Chris Washington on the web -

I don’t write shows to get brilliant reviews. I’ve write them to tell stories from my life and most importantly, make people laugh. If I had a pound for every time I’ve watched something and thought it was absolutely brilliant, but a reviewer has given it 2 or 3 stars, I’d have at least £18.