The show is full of jokes and stories about being selfishly selfless. Anyone who has had to placate a crazy family member or two is sure to relate.

I had just been fired from my first job for being disabled. While I was looking for a new job, I saw an ad in the paper for comedians to do a new comedy night and I was ready for more rejection.

I listen to music that makes me happy on the way to the gig. These days, I listen to a lot of Celia Cruz.

My mother told me several times that I was not nor would I ever be funny. She also wishes I was dead. That was a pretty bad review. My best review was overhead by my PR guy at the urinal right after my show. Some big bald Scottish guy with tattoos on his neck looked at his mate and said, “I quite liked her.” and the other guy said, “Me too.”

I might have a close friend read them. Otherwise, I’ll try to ignore them until September.

I only read reviews of other people’s shows I’ve already watched. That always tells me more about the reviewer than it ever does about the show. I find that fascinating.

In April 2018, YouTube comedian, Markus Meechan (akaCountDankula) was fined £800 for training his girlfriend’s pug dog to do a Nazi salute with its paw, in response to the phrase ‘Gas the Jews’. Do you believe Meechan committed a criminal offence, and why?

No, he’s only guilty of bad taste. If bad taste is illegal, we’re all in a shitload of trouble.

No, everything is fair game. If you know how to reach an audience where they are at, it’s all good.

Yes, I have and I do. I get away with it because I look and sound as harmless as a chihuahua biting ankles.

I hosted a newlywed gameshow at a conference. There were two hundred people in the audience and I roasted 7 husbands on a panel for an hour. A woman came up to me after and she had laughed so hard she had completed ruined her makeup. That is high praise.

Find Spring Day on the web - 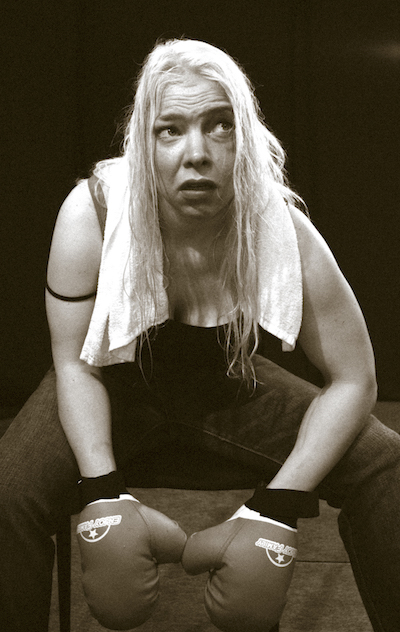 Find Spring Day on the web -

I only read reviews of other people’s shows I’ve already watched. That always tells me more about the reviewer than it ever does about the show. I find that fascinating.