A Piggy Interview WithPaul Sinha (The Two Ages of Man)

Last year I had a really good Edinburgh. This year I am trying my damnedest to try and repeat the trick. It is ostensibly a treatise on ageing, but it is the usual process of trying to find the funny from stories of the distant and recent past. I am fortunate enough to have an unusual life.

My first gig was in June 1995, at Ha Bloody Ha in Hanwell, west London. Of my five minutes, about 3 ½ were met with silence. The mild laughter in the other part of the set persuaded me to continue.

I don’t have any rituals. I just remind myself that this is all my choice, my life, and I should go out and enjoy it.

I am one of those people who obsesses about the bad reviews, and can barely remember the good ones. The review that meant the most to me was Chortle’s review of my 2006 show, because it was the first time I have ever received an Edinburgh review that I was unequivocally proud of. By contrast, I have twice been singled out as the “only shit act on the bill” in a manner that seemed premeditated, vindictive and personal given that on both occasions I’d had an enjoyable gig.

I think any tactic is justifiable, but I read them. Sometimes it really helps, and I know that my show in 2011 was really helped by two mediocre but entirely fair reviews. I also read a hell of a lot of other reviews as a short cut for finding out who is talking about what.

How does one even begin to generalise reviewers? Some are sociopathic pricks, some are utterly delightful. Some know literally nothing about comedy, others have relentlessly nuanced opinions. Edinburgh involves a lot of crossed fingers hoping you get lucky.

Honestly, I don’t know. I absolutely get both sides of the argument, and sometimes I just put my hands up and say, “I am no longer clever enough to be certain in my opinion”. With a gun to my head, I would err towards “Not a criminal”, but I don’t think any of the arguments are clear cut.

The history of comedy tells us that there are no forbidden areas. My Edinburgh shows have discussed rape, race murder, the holocaust and I am not considered controversial in the slightest. Context, and the audience’s relationship with the comedian is crucial. So, to be fair, is the quality of the joke. If Frankie Boyle was shit, we’d have never heard of him.

Yes, on various media I have gone too far, but particularly in live comedy. It is very much part of the risk of being imperfect.

It is hard to quantify the quality of a gig, especially as you are only a professional comedian if the majority of your gigs go well. But in 2006 I was Edinburgh nominated for a show in a 50 seater overheated portacabin. My reward, the following month, was to do the show at the Garrick Theatre, a thousand seater in the west end of London. Not my greatest gig, not the fullest house, but utterly memorable for everything it represented.

Find Paul Sinha on the web - 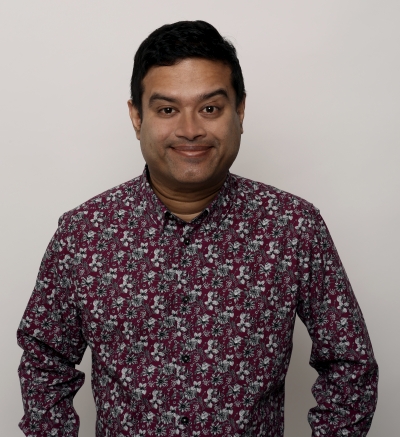 Find Paul Sinha on the web -

How does one even begin to generalise reviewers? Some are sociopathic pricks, some are utterly delightful. Some know literally nothing about comedy, others have relentlessly nuanced opinions. Edinburgh involves a lot of crossed fingers hoping you get lucky.