There’s lots and lots of one-liners. Silly one-liners, risqué one-liners, ludicrous one-liners. A lot of it is wordplay, all of it is daft and it only gets dafter as we go along. But it’s not just a collection of jokes, it’s more of a game with the audience. A lot of one-liner acts like to go dark at some point and then see how much they can push it. I prefer to see how silly you can take it. If daftness is a rubber band held by me and the audience, it’s about finding out how far we can stretch the thing, there’s no playing it safe. There’ll be plenty of nonsense along the way – I don’t want to give away too much, but there’s a visual element and we’ll definitely be taking time out for a brief language lesson. And if the audience is really comedy savvy – it’s Edinburgh, after all – there’ll be a finale with something quite different. If you’re in the audience when I do that, it means I trust you.

I don’t do anecdotes.

Most of the reviews I’ve had have really got what I’m doing. I had one of the best, and definitely the worst, on the same day, for the same gig. One enthused about my jokes, my persona, my voice, my rhythms, my asides, pretty much anything you can think of, and said everyone really enjoyed it, the other not only panned it but also claimed everyone got up and left.

You think I have a plan?

Reviewers are part of the entertainment aren’t they? I wouldn’t expect anything other than polemic, but so far I’ve only had one review that wasn’t genuinely thoughtful. Having conflicting reviews of the same show inoculates you a bit.

I wasn’t at the trial, and I haven’t seen the video, so it would be futile to comment on the specific case. I’m not very interested in “sick” jokes, but I am interested in why or how they work for audiences. They tend to have a set up that says “I’m a nice person” and a punchline that reveals “I’m a nasty person”. For the jokes to work, there has to be consensus between the teller and the audience that something is indeed nasty. So condemnation is implicit in both the joke and the laughter. If that consensus weren’t there, they wouldn’t be jokes, they’d be celebrations, and it’s hard to see anyone laughing at that. And I think that is often overlooked when comedians are reported to have been offensive.

Anything that does not advance the dictatorship of the proletariat.

If the mood’s right, I sometimes do ten nob jokes in a row, followed by one about testicles, then another nob joke. Once I forgot to throw in the testicles – turns out eleven consecutive nob jokes is just too much.

At a work in progress version of this show, after some debate as to whether to drop the house lights, I insisted they did. Towards the end I went off and back on stage, but a guide dog on the front row was a black Labrador. I didn’t spot him in the dark, got my leg caught in his leash and dragged him on with me. The audience stayed with me and the dog seemed to enjoy it. I think this means I must have built up a lot of good will. This is an illustration, not an anecdote.

Find Jack Shanik on the web - 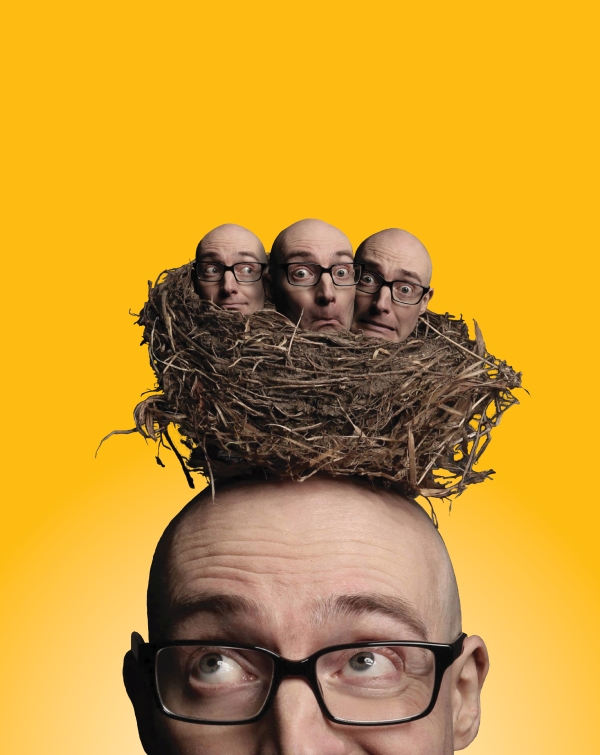 Find Jack Shanik on the web -

Reviewers are part of the entertainment aren’t they? I wouldn’t expect anything other than polemic, but so far I’ve only had one review that wasn’t genuinely thoughtful. Having conflicting reviews of the same show inoculates you a bit.