No! Ok then. It’s the third part of a three part trilogy of hour long stories about the biggest moments in our lives. The first one was about my Mum and Dad splitting up (sad), the second one was about my Nanna getting dementia (even sadder), so this year I thought I wanted to write about something nice…so it is a collection of all the loveliest things that I absolutely love… I reckon it’s probably going to be sad too.

Why? Ok then. I did a gong show. I just wanted to do comedy once, so I could say…I have tried comedy. And I won the show, so I did another, and I won that, did a third, won that…and I thought I might be the best comedian ever…fourth gig…wow that was quiet. It was in a pool hall and I could hear pool balls gently hitting each other, that’s how bad it went.

I have a small glass of Ribena, do 16 sit ups, I click my fingers to the tune of the William Tell overture and then blow myself a kiss…

The best one included 5 stars and said my concert was very well prepared and I was a big brave boy for doing my lines properly.

The worst one was on my 5th gig by a very well known reviewer, he turned up to a new act competition (which I won) and he said I was awful and that I should stop, and if it wasn’t for my Mum persuading me not to… I would have.

No. They are not for me. After doing over 2000 gigs, I know when a gig has gone well and I am very aware when it hasn’t…so I don’t need someone to tell me. The reviews are there to help get a gage of what is good and what isn’t at the fringe, and it is just one person’s opinion.

I am sure they are nice people. I bet they pay their taxes and love their children (if they have any) and call their Mum on Christmas day.

No I don’t. I get it. I get why people are upset. You know, Nazis and all that. But it was a joke. Clearly a joke. He wasn’t saying he wanted to sign his pug up the Hitler Youth, he wasn’t trying to hurt anyone, he was just trying to get hits on his YouTube channel I guess. If Frankie Boyle can say “The Queens vagina is haunted” then this guy can do that. Also £800. It’s not enough if you wanted to teach him a lesson, from press alone he would have made more. I just think jokes are jokes, and if we start policing them, we all might as well go home

Gardening. It’s quite boring and not much funny in that. Erm, Abba?

Yeah. My Mum when I was a kid said that I could only play on the street, and then some bigger boys said do I want to go to the chippy, which was further than my Mum said I was allowed to go, but I had 50p so could buy a jumbo sausage…

I recently did the Hammersmith Apollo supporting Joe Lycett on his UK tour. That place has so much history, it has housed some of the biggest comedians in the world there…and to be able to grace the stage, and then do a pretty good job made me very proud of what I have achieved.

Find Brennan Reece on the web - 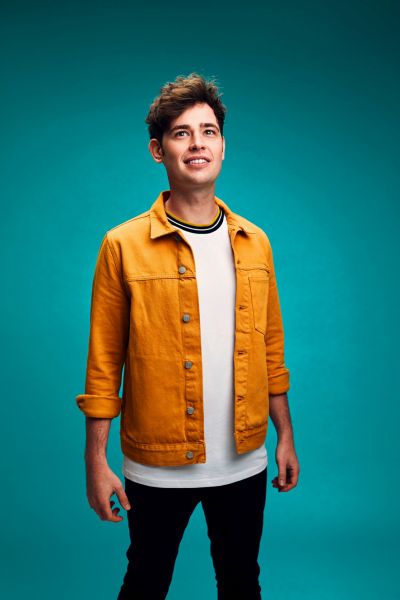 Find Brennan Reece on the web -

After doing over 2000 gigs, I know when a gig has gone well and I am very aware when it hasn’t…so I don’t need someone to tell me. The reviews are there to help get a gage of what is good and what isn’t at the fringe, and it is just one person’s opinion.