It’s called Timber. It’s about Hollywood, and awful men and ultimately, obviously, it’s about me, because I know what people want.

I don’t really know how to accurately separate ‘gigs’ from ‘theatrical performances’, so my first ‘gig’ was in some weird play at school, aged about 8, where i was playing someone’s father. I wore my dad’s tie in the Trumpian fashion, dangling between my legs. Writing this is forcing me to ponder how potentially relevant playing my dad was at such a young age. I don’t think it was – but then again father issues are rife across my new show, so what do I know.

I try to have the right balance of things-that-I-believe-give-me-energy, from a list including bananas, nuts, bounce protein balls, dried meat, any meat, Lucozade, red bull (if I’m feeling dangerous), off-brand energy drink (if I’m feeling dangerous and cheap). I stretch and warm up my voice because I’m a goddamn professional. when I’m back stage alone right before I go on I shake a lot.

I once gave a detailed review of the film United 93 to a girlfriend over the phone. She said I should be a film critic. That was a pretty good review of me by her that I liked. Someone referred to me as ‘Stuttering Stanley’ in a comment on YouTube once – a cruel and obscure reference to the film Sixth Sense. That was a bad review.

Yes. If any of them refer to me as ‘Stuttering Stanley’ I won’t sleep very well.

I feel great about them. I much prefer them to regular people. I think they’re smarter and show a greater passion and sense of discernment for the art they are reviewing than most regular folk. reviewers should be cherished, not baited.

I don’t really understand this clearly provocative question. did he train the pug to do that whenever anyone said that phrase? Surely, he would be the one saying that despicable phrase in order to prove this? if so, then of course he is guilty of a criminal offence – hate speech. the pug is little more than a distraction. is there even something to debate here?

No. Comedy is an exceptionally broad church and is really no different to ‘speech’. ‘Subject’ does not deem how something is performed. Context is everything. I still think Meechan is a prick though.

No. I don’t want to go too far. why would anyone? the clue is in the name. ‘too far’ means you’ve missed it. have I ever done it accidentally? no. I have a very good sense of direction.

I sang a Frank Sinatra song at my grandad’s funeral. My dad cried. I shook a lot. There was nothing funny about it, but in hindsight it was a fucking huge gig.

Find Graham Dickson on the web - 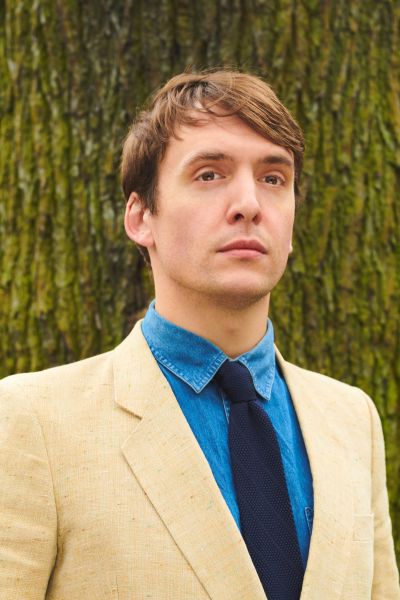 Find Graham Dickson on the web -

Someone referred to me as ‘Stuttering Stanley’ in a comment on YouTube once – a cruel and obscure reference to the film Sixth Sense. That was a bad review.