Our Edinburgh show this year has got to be one of the few (only?) Fringe shows set in Tudor England. It’s a very silly comedy show about two inept mystery hunters who get recruited for a 16th century witch hunt and discover that the witch they are hunting for is closer to home than they expected. It’s like The Woman In Black, but set in Wolf Hall, and with very little historical research. It’s the combination everyone has been waiting for!

Our first gig was a mixed bill night in London in Spring 2017. We hadn’t quite realised prior to arriving that lots of Radio 4 producers would be in attendance. We bricked it, but blagged our way through on blind adrenalin. And Lucozade.

Will usually goes to the toilet about fourteen times in the final ten minutes, whilst Rose is a beacon of tranquility. Joe likes to listen to Robbie Williams.

We haven’t had many reviews really! The ones we did have last year were all rather lovely, apart from one which critiqued the quality of the seats more than our actual show… As troubled as we were to learn the reviewer had got a ‘numb behind’, it seemed a confusing focus for a review.

We’ll probably read them. It’s very hard not to because you get tweeted links to them and inevitably your finger hovers over the link and opens it up. Good or bad, they don’t really mean much, but it can be hard to remind yourself of that sometimes.

I’m not sure if anything is ‘unsuitable’ for comedy, but you do have to bear in mind the way you are going to use it. If the subject is particularly harrowing or bleak for one social group, then comedy can still play a big part in highlighting an injustice or disservice, but it needs to be done in an intelligent enough way. We just tend to make jokes about Dido so it’s not really a concern of ours. Although Dido might say otherwise.

No I don’t think so. That’s not really our bag.

Looking back over your time as comedians, tell me about the best gig of your career.

Our debut show from last year went really rather well at the Fringe and then got a transfer to the Soho Theatre for a week. Those shows were a real joy. It’s probably our favourite venue, and the shows were a real celebration of that material. Hopefully we get to go back one day…

Close and Robinson was talking to Wrigley Worm.

Find Close and Robinson on the web - 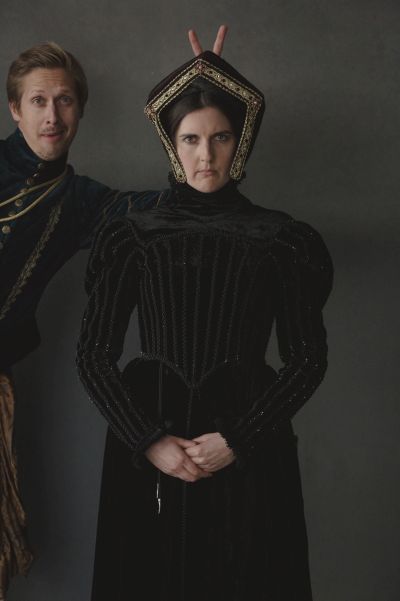 Find Close and Robinson on the web -

We haven’t had many reviews really! The ones we did have last year were all rather lovely, apart from one which critiqued the quality of the seats more than our actual show… As troubled as we were to learn the reviewer had got a ‘numb behind’, it seemed a confusing focus for a review.